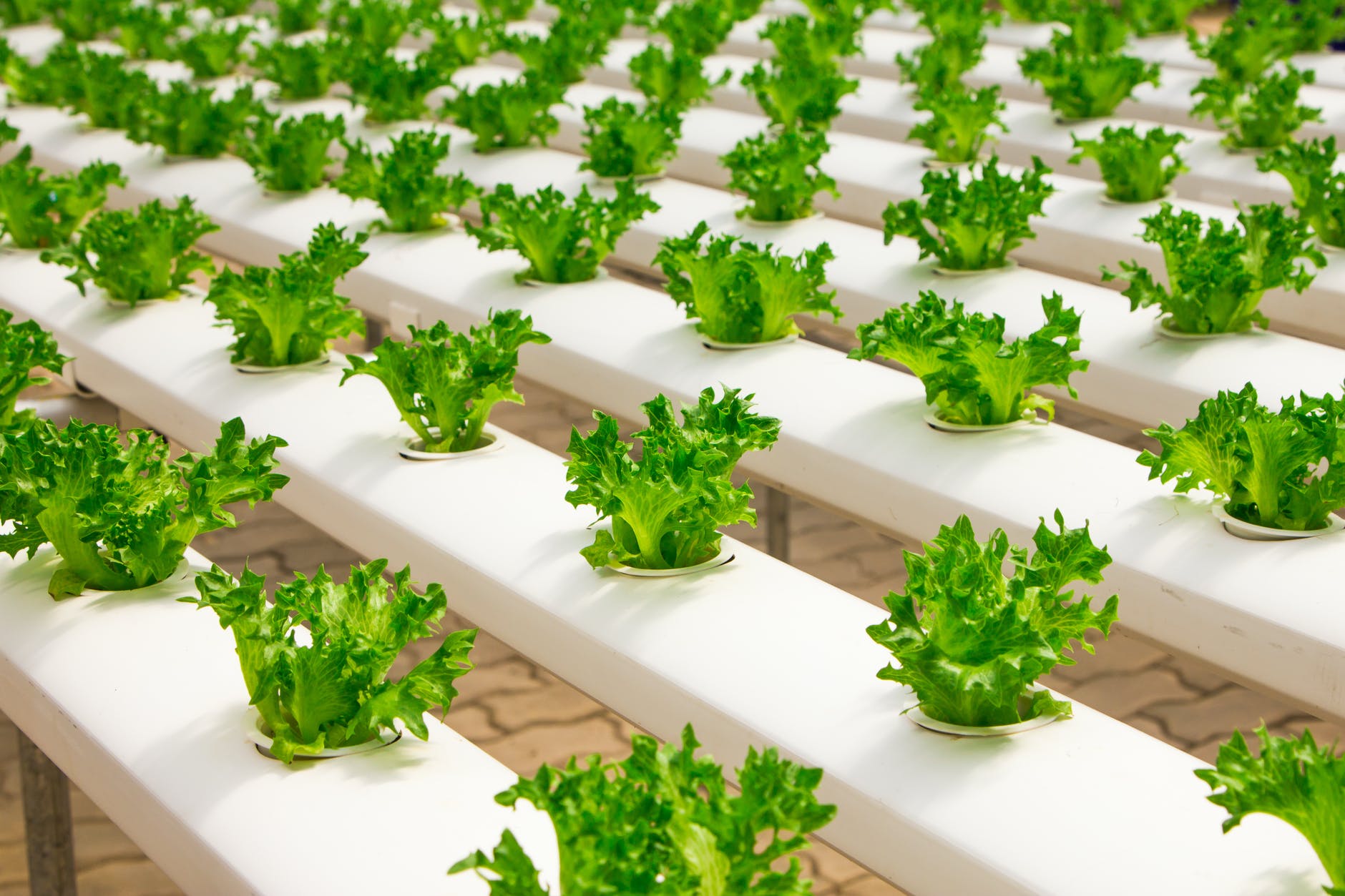 The Seasonal Worker route is one of those visas in the Temporary Worker family, allowing people to come to the UK for short stints without the right to stay long term. Seasonal Worker visas made up over half (55%) of all temporary worker grants in 2021, and 12% of all work visas full stop. So it’s popular, and pretty useful — but only covers workers in specific sectors, for whom there is a quota and (of course) strict visa requirements.

The route has been used to quell negative headlines about labour shortages. It is primarily for agricultural workers, but has often been subject to emergency changes to accommodate whatever the latest sectoral labour crisis is. You might recall the great HGV driver and pork butcher shortages of 2021, which were dealt with by briefly opening the Seasonal Worker route to those occupations.

More recently, Home Office minister Kevin Foster declared in a now-deleted tweet that the Seasonal Worker route was an option for Ukrainians seeking refuge from Russia’s invasion (more on this later).

Who is the Seasonal Worker route for?

Here’s what the Immigration Rules say:

For the last six months or so, this intro also mentioned poultry production, haulage driving and pork butchery, but those references were removed from the Rules in an update that took effect today, as those professions are no longer eligible.

However, the range of horticultural work that people can come in to do has been expanded. It now covers both ornamental and edible horticulture — flowers and food, basically. Previously the ornamental horticulture side was covered in a concession. The full list of eligible work is in paragraph SAW 4.1(f):

The Certificate of Sponsorship must state the role is in the horticulture sector, which means those growing:

(i) Protected Vegetables – those grown in glasshouse systems; or

(iii) Soft Fruit – those grown outdoors or under cover e.g. in glasshouses or polytunnels. Includes strawberries, raspberries, blackcurrants, blueberries and all ribes and rubus species; or

(v) Vine and Bines – both twining or climbing flexible stems of certain plants, e.g. hops is a bine, and grapes is a vine; or

(vii) Bulbs and cut flowers, such as daffodils, grown outdoors and indoors; or

(viii) Pot plants, such as seasonal bedding plants like pansies, violas, germaniums and poinsettias; or

What the rules don’t say is that there is an overall quota: 30,000 certificates of sponsorship can be issued with a start date in 2022. This may be increased by 10,000 if it’s found that a greater number is necessary.

The guidance includes a paragraph to confirm that these categories are no longer eligible for a Seasonal Worker visa. It was updated to this effect more quickly than the Immigration Rules, so it’s important to check both Rules and guidance for updates. I’d also recommend checking the news headlines before advising on this route to check for a potential crisis (said with a sarcasm to seriousness ratio of 50:50).

Partners and children are not permitted to apply as dependants on this route (confirmed explicitly in paragraph SE 1.5 of the guidance). Nor is Seasonal Worker is a route to settlement.

What are the formal requirements for sponsors?

Individual employers are not eligible for a Seasonal Worker sponsor licence, even if they are licensed as a sponsor for other visa routes. To be eligible, you must be a “scheme operator” which is:

There are currently only four scheme operators:

The guidance says that “no further scheme operators will be issued with a sponsor licence… without prior approval”.

As you will see via the links, the scheme operators look a lot like recruitment companies. They are not the employer, but they find work for the Seasonal Worker, and are responsible for managing and having oversight of the process. These obligations bear little resemblance to the usual sponsor duties.

This is an unusual requirement, but it’s a good one, and in the interests of the Seasonal Worker. It is not directly mentioned in the Immigration Rules, but does appear in the guidance.

The gist is that the scheme operators are responsible for workers sponsored on this scheme. This means that they should work with employers where the workers are placed. This is taken seriously and if a “high standard of welfare and control” is not met, the company could lose their sponsor licence.

You must undertake robust and comprehensive monitoring of all the workers you sponsor in their workplace, including ensuring that:

The underlying concern here is that Seasonal Workers — who among other things are not required to speak English — “may be more vulnerable and open to exploitation than other workers”.

Seasonal Workers can choose to change employer and the scheme operator should make it clear what the process is to do so before they start employment. If someone makes a request to change employer, this shouldn’t be refused unless there are “significant reasons”, such as an imminently expiring visa.

Scheme operators must only place workers with growers who have demonstrated that they are “actively engaging with Jobcentre Plus to recruit UK based workers”.

Scheme operators must not:

The Home Office will revoke a sponsor licence if, within any 12-month period, any of the following occur:

Finally, scheme operators must maintain full licensing with the Gangmasters and Labour Abuse Authority at all times.

What are the formal requirements for workers?

The validity requirements are similar (but not identical) to the requirements for most work routes. The applicant must submit a valid visa application online, pay the application fee, enrol their biometrics (fingerprints and a photograph) at a visa application centre, submit their documents and have a certificate of sponsorship issued no more than three months before the date of application.

European Economic Area nationals can skip the biometrics if they have a chipped passport. They can apply using the UK Immigration: ID Check app instead.

The applicant must be aged 18 or over on the date of the application.

Due to the short duration of this route — usually less than six months — there is typically no Immigration Health Surcharge.

You can’t switch into this route from another route. Normally you can’t extend your stay either, although there are special arrangements for Ukrainians at the moment, who are having their Seasonal Worker permission extended to 31 December 2022.

The applicant must not fall foul of under the grounds for refusal in Part 9 of the Immigration Rules. These include, but are not limited to, having a criminal record.

The only real eligibility requirements for the applicant are to apply for entry clearance (i.e. get a visa in advance) and have a valid certificate of sponsorship (CoS).

The CoS must confirm that they are being sponsored as a Seasonal Worker and contain details of the job and salary. This must be at least £10.10 an hour (see paragraph SAW 4.1).

The guidance adds that by assigning a CoS, the sponsor is confirming that the worker:

There is no English language requirement but there is a financial requirement. Scheme operators will generally tick the box on the Certificate of Sponsorship confirming that they will “maintain and accommodate” the worker for the first month of their employment. If they don’t do this, the worker must show they have £1,270 in the bank (for a 28-day period prior to the date of the application).

What will I get if my visa is approved?

Someone granted a Seasonal Worker visa that lasts less than six months doesn’t usually get an approval letter. Most successful applicants just receive a visa sticker valid for a given period that aligns with the employment dates stated on the Certificate of Sponsorship. The worker must arrive in line with the start date stated on their CoS and as per the UK sponsor’s timeline for completion of the work.

After arriving, if the length of stay is more than six months (which is rare in this route), the worker will be issued with a Biometric Residence Permit. Anyone applying using the UK Immigration app will receive digital immigration status instead of a physical permit.

The employer should complete a right to work check before the worker’s start date as recorded on the CoS.

Ukrainian Seasonal Workers and the war

The Home Office has confirmed that Ukrainian nationals currently in the UK on Seasonal Worker visas will have their length of stay automatically extended to 31 December 2022. They must continue working in a job permitted under the route and with the same sponsor. The worker will be contacted if this concession applies.

Seasonal Workers are not eligible for the Homes for Ukraine Scheme, as applications are only possible from outside the UK. Nor can they sponsor family members to join them under the Ukraine Family Scheme, which is limited to British citizens and settled migrants.

But help is at hand, or soon will be. A Ukraine Extension Scheme opens for applications on 3 May 2022. It allows Ukrainian citizens already in the UK to apply for permission to stay for three years, with the right to work and claim public funds. Despite the name, it does not involve extending permission in the person’s current visa route, but switching to a new one. For Seasonal Workers, this would mean no longer being tied to an employer or scheme operator — they could get a new job with whoever they like, without having to be sponsored.

The Extension Scheme does not come with the right to bring family members over. Once someone has effectively switched from Seasonal Worker to the Extension Scheme, they would be eligible to become a sponsor under Homes for Ukraine in terms of their immigration status (sponsors must have “at least 6 months permission to be in the UK”. But they may not be able to provide suitable accommodation for relatives (“a bed in a shared space would not be an appropriate offer of accommodation”). 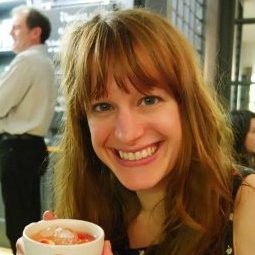 Pip Hague is a solicitor specialising in immigration law at Squire Patton Boggs.