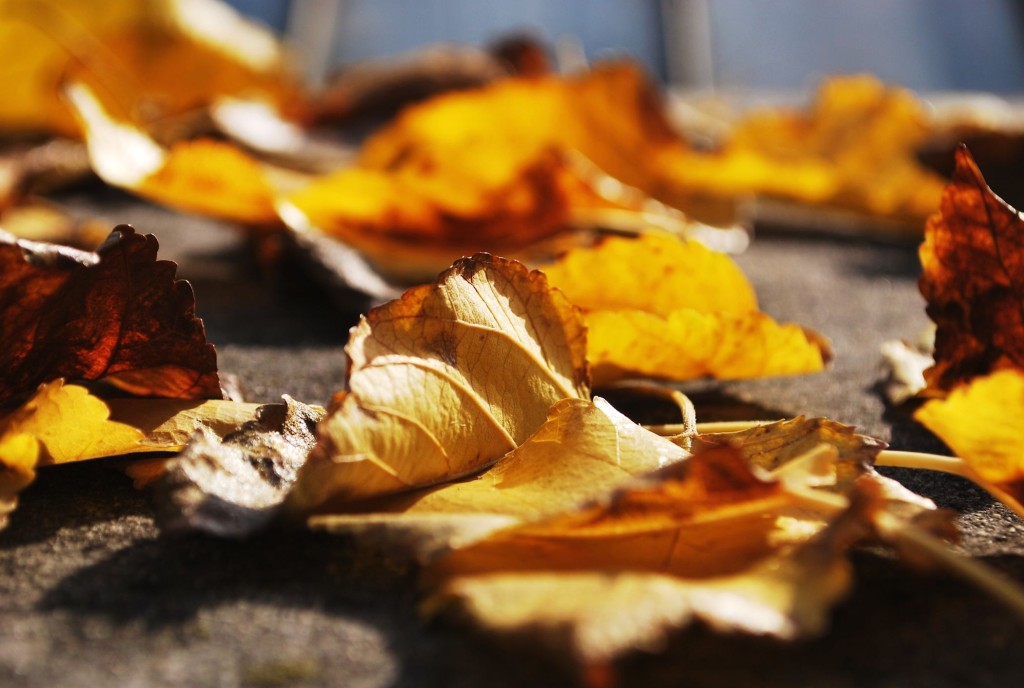 Briefing: what is section 3C leave?

If a migrant makes a valid application to extend their leave (permission) to be in the UK before it expires, their existing leave will be rolled over until a decision has been made on the application, even if this is after the original expiry date. This is commonly known as “section 3C leave”, because it is in section 3C of the Immigration Act 1971.

Section 3C leave is one of the most important concepts in our immigration system. It protects a migrant’s right to work and rent while they await a decision on an extension or switching application and ensures continuity of legal residence between grants of permission.

This post explains what section 3C leave is and how it works. Note that we use the terms “permission” and “leave” interchangeably.

The relevant provision can be found – unsurprisingly – in section 3C of the Immigration Act 1971. Section 3C(1) says:

This section applies if—

(a) a person who has limited leave to enter or remain in the United Kingdom applies to the Secretary of State for variation of the leave,

(b) the application for variation is made before the leave expires, and

(c) the leave expires without the application for variation having been decided.

So section 3C leave is triggered where someone with permission to enter or stay makes a (valid) immigration application before their permission expires and they reach the date their permission was due to expire without a decision being made.

This latter point can often go overlooked. If a decision is made before the expiry of permission, section 3C leave is not triggered, even where the application is refused and the applicant lodges an appeal by the relevant deadline.

Section 3C(2) provides that, once triggered, 3C leave lasts for as long as one of the following applies:

Section 3C(3) states that 3C leave will lapse if the applicant leaves the UK. Contrast this with paragraph 34K of the Immigration Rules, which states that a pending application is treated as withdrawn when the person leaves the Common Travel Area. This means that someone who travels to Ireland, the Isle of Man or Channel Islands might lose their section 3C leave while their application nevertheless remains pending.

Where a valid application is made before the expiry of permission, section 3C leave will be triggered from the point that permission would have expired, provided that no decision had been made yet. Asylum claims also trigger section 3C leave, but not further submissions.

Section 3C leave retains the character of the permission that it is extending. In other words, if someone has permission as a Tier 1 (Entrepreneur), and they spend a year on section 3C leave while waiting for a decision on their extension application (which unfortunately has been known to happen), they can count that year towards the five years needed to qualify for settlement.

It is impossible to overstate how important it is that the relevant application is valid. By this I mean that it complies with the generic validity rules in paragraph 34 of the Rules, or the category-specific validity requirements of the particular route where relevant. There are a number of ways in which validity issues can affect section 3C leave, which is reflected in Home Office guidance on validity and on section 3C leave.

Where an in-time application is refused after the applicant’s permission was due to expire, and there is a right of appeal, and the applicant lodges the appeal within the 14-day deadline, their permission will be automatically extended until the appeal has concluded.

Olgierd is a student with permission to be in the UK until 19 November 2021. On 15 October 2021, he applies to switch into the partner route.

The date Olgierd’s permission was due to expire comes and goes without a decision. On 20 November 2021, section 3C leave is triggered and his permission is automatically extended, subject to the same conditions. In his case, this includes the right to work without restrictions outside of term time.

On 3 February 2022, Olgierd receives a letter informing him that his application has been refused on the ground that he failed to provide six months of bank statements when evidencing his partner’s employment income. The refusal comes with an in-country right of appeal.

The First-tier Tribunal directs Olgierd to provide a statement of his case and any further evidence he wishes to rely on. When he submits the missing bank statements, on 22 May 2022, the Home Office agrees to withdraw the refusal and invites him to withdraw his appeal, which he does. He is then granted 30 months’ permission in the partner route.

Because section 3C leave has bridged any gaps he might have had, at no point has Olgierd been without permission to be in the UK.

An appeal that is lodged out of time but that the tribunal nevertheless agrees to hear can resurrect section 3C leave: see Akinola v Upper Tribunal [2021] EWCA Civ 1308.

In those circumstances, there would still be a gap in leave between the date that the 14-day deadline for lodging the appeal lapsed and the date that the appeal was lodged. Home Office guidance suggests that discretion will normally be exercised to overlook this gap – at least in long residence applications.

(4) A person may not make an application for variation of his leave to enter or remain in the United Kingdom while that leave is extended by virtue of this section.

(5) But subsection (4) does not prevent the variation of the application mentioned in subsection (1)(a).

Regis makes an in-time application to switch into the parent of a child route, which is refused after his permission was due to expire. He lodges an in-time appeal against the refusal, which proceeds to a hearing.

On 19 February 2022, the tribunal dismisses the appeal. Regis lodges a new application on 20 February 2022. But he is still within the 14 days he has to apply for permission to appeal further — which means he will still have section 3C leave.

Because the Home Office has already decided the application that triggered the section 3C leave, Regis’s new application will be void (he will likely not be notified of this until it is too late to do anything about it).

Although the language of paragraph 34GB might seem to suggest that only one variation is possible, there is nothing stopping someone from varying their application more than once. In each case, the date of application for the purpose of section 3C leave will be the date the original application was made.

Orianna has permission as the parent of a child valid until 1 April 2022. On 28 March 2022, she makes a valid application to extend her permission in the same route.

By 5 May 2022, she has racked up ten years of continuous leave. As no decision has yet been made on her application, she varies her extension application to a settlement application on the basis of ten years’ long residence.

Provided she complies with the validity requirements, her application will have been successfully varied. The date of application for the purpose of section 3C leave will be 28 March 2022 so she will have preserved continuity of leave.

For instance, if Orianna had instead tried to switch into the partner route and relied on her employment income to show that she meets the financial requirement for that route, she would have needed to provide six months of financial evidence ending no earlier than 28 days before the date of application. In that case, the relevant date of application would have been 5 May 2022. This is confirmed in the Home Office variation guidance:

The advantage of the two reference points when it comes to dates of application is that a variation allows an applicant to maintain their section 3C leave at the same time as altering the date of application. This means that an applicant can lodge a holding application to ensure they do not become an overstayer, and then vary it to the application they want to make once the requirements of that category can be met.

Decisions withdrawn by the Home Office

It had long been the position of the Home Office that withdrawing a decision to refuse leave did not resurrect section 3C leave. Recent case law has forced the department to revise its position. As the official guidance now says:

Where a decision has been taken which has brought 3C leave to an end, and that decision is subsequently withdrawn the 3C leave will resurrect from the point the decision is withdrawn.

In effect, where the decision is withdrawn while the applicant still has section 3C leave, that leave will revert to its pre-decision form. This means that it becomes once again possible to validly vary that application to another type until the new decision is made. This might be helpful where it is likely that the new decision will be another refusal, just on a different basis, or where the applicant now qualifies for something better, such as settlement on the basis of ten years’ long residence.

… where a decision is withdrawn and there is an application for leave outstanding, or a new application is made after a decision has been withdrawn, the person should not be disadvantaged by the break in their leave in having that application considered. This means you should treat the person as having been lawfully in the UK for the purposes of deciding the immigration application.

The Court of Appeal in Akinola distinguished between withdrawn decisions and cases where the Home Office merely agrees to reconsider the original decision:

The position is different where the decision that brought section 3C leave to an end is quashed by the Upper Tribunal or a court following judicial review. In those circumstances, the impugned decision will be a nullity and treated as if it had never been made. The applicant’s position with respect to section 3C leave will revert to whatever it was prior to the decision being made.

Applications withdrawn by the migrant

Where an applicant withdraws a valid, in-time application prior to the decision being made or a pending appeal, their section 3C leave comes to an end from the date of the withdrawal.

This is also the case where someone leaves the country, in line with section 3C(3), and it makes no difference if they are yet to enrol their biometrics, provided they have not missed the deadline.

Void applications are ones that cannot be decided. Examples include applications for permission to stay by British citizens, or an application by someone who has subsequently died. Section 3C(4) also renders void any applications made while someone has leave under this section after a decision has been made.

In some circumstances, the Home Office can cancel an applicant’s section 3C leave:

(a)  has failed to comply with a condition attached to the leave, or

(b) has used or uses deception in seeking leave to remain (whether successfully or not).

Cancellation of section 3C leave under this provision operates to bring the period of leave to an end with immediate effect. It cannot therefore be used to vary leave to, for example, 60 days.

In practice, it is rare for the Home Office to cancel section 3C leave. I personally have never had a case where section 3C leave was cancelled — but give me a shout if my experience is not representative. 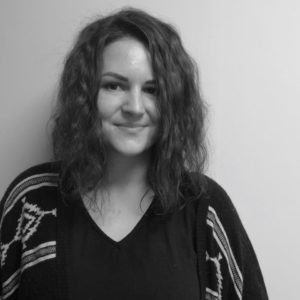