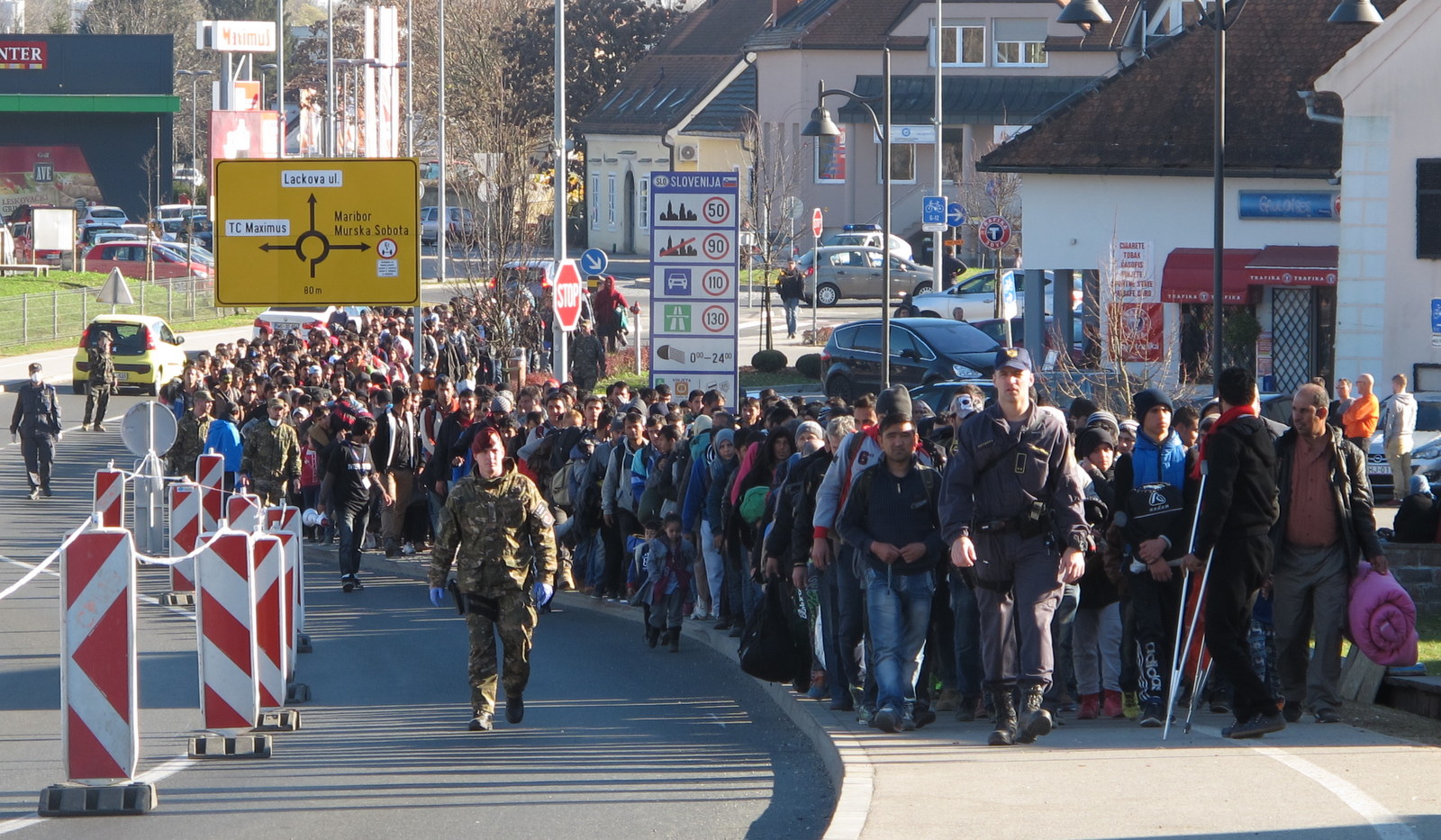 Should refugees claim asylum upon arrival in their first ‘safe’ country?

“Why don’t asylum seekers stop before they get here?”

I have been asked this question many times. There are lots of safe countries on the way, so the argument goes. Why wait until they arrive in the UK to make their claim? They’re not going to get killed in France, after all.

The insinuation is that the application for refugee status is cover for the real motive, probably economic, and the UK best serves those ends.

With Refugee Week upon us, I wanted to explore this question.

The UK received 30,603 claims in 2016, over 10% of which were made by unaccompanied children, and which in total comprised approximately 5% of UK immigration in 2016.

Notwithstanding the relatively small numbers of claims in the UK, it still offends some, usually on principle, that with ample opportunity to ‘be safe’ in France or Italy, or even much closer to the country from which they are escaping, many still risk life and limb to cross the channel and make their claim in the UK.

The revolution of Figel Narage

At this stage in the conversation, perhaps having failed to persuade by reference to the relatively small numbers of asylum claimants the UK has to deal with (which comes as a genuine surprise to some), a hypothetical example is proffered:

Imagine that revolution once more washed against our strong and stable shores, and the government has been overthrown by a man, let’s call him Figel Narage, intent on persecuting anyone who did not enjoy drinking bitter or who would not swear allegiance to the Queen.

People were being rounded up and forced to sink pints of London Pride while saluting a portrait of Elizabeth II in town squares up and down the country. Those who refused to do so were having their heads shaved and their foreheads branded with the € sign.

You’ve been tee-total ever since that embarrassing episode at Uncle Kevin’s wedding, and you once retweeted a cartoon of the Queen doing something unmentionable to a corgie. It is no longer safe for you in the country.

You also have a fairly strong refugee claim as a person with a well-founded fear of persecution for a Convention reason (particular social group – tee-totallers, and/or anti-monarchists), unable to avail yourself of the protection of the state (which is the persecutor) and with no internal flight alternative within the UK (as the state controls all areas of the country).

So, one day you don’t turn up at work, dodge the road blocks on the M3, and pay a smuggler at Southampton docks to row you and your young family to Normandy.

However, you know that the French authorities are fed up of asylum applications from émigré tee-totallers, and have heard stories of applications being delayed for months, even years, particularly in the regions of Bordeaux, Champagne and Cotes Du Rhone.

You don’t speak a word of French. Having secured your immediate safety, your priority is to find accommodation, provide for your family, and get the kids back to school. You have concerns as to whether the French can provide this.

On the other hand, there’s a sizeable tee-totaller community in Spain who have also moved from England following Narage’s ‘Purple Revolution’, and your wife’s cousin has got a spare room where you and your family will be able to stay until you get yourselves sorted.

You studied Spanish at A-level so you can get by in the language, and there is the possibility of work through an old friend based at the University of Salamanca.

Do you claim in Paris, or continue to Madrid?

Obviously, you continue to Madrid.

I have heard a small minority of people argue in response that they would respect what (they believe to be) the law – currently represented by the creaking and increasingly unobserved Dublin Conventions – generally requires: to claim asylum in the first safe European country in which they arrive.

Firstly, I say, this is disingenuous. In a desperate situation such as this, it is unlikely that you would place the requirements of any law over and above the welfare of you and your family.

But more importantly, it misunderstands the obligations on those seeking asylum imposed by international or domestic law.

A word on the law

In the landmark case of R v Uxbridge Magistrates Court (ex parte Adimi) [1999] Imm AR 560 Lord Justice Simon Brown held that refugees did not have to claim asylum in countries through which they pass to reach safety in order to be protected by Article 31:

… I am persuaded by the applicants’ contrary submission, drawing as it does on the travaux préparatoires, various Conclusions adopted by UNHCR’s Executive Committee (‘ExCom’), and the writings of well-respected academics and commentators (most notably Professor Guy Goodwin-Gill, Atle Grahl-Madsen, Professor James Hathaway, & Dr Paul Weis), that some element of choice is indeed open to refugees as to where they may properly claim asylum.

As confirmed by Adimi, nothing in the Refugee Convention suggests that status as a refugee is dependent on the individual making a claim for asylum in the first safe country in which he or she arrives. To put it another way, there is no legal obligation on refugees to claim asylum in safe countries and if they decline to do so it does not disqualify them from refugee status in any way.

The Dublin Regulation system, which enables the UK and other signatories to return claimants back to EU countries through which they have passed (in certain circumstances, if their finger prints have been taken, for example), generally means that an asylum claim should in theory be decided within the EU in the country by which the refugee entered the EU. It is not an obligation imposed on refugees, but it does lead to removals to safe countries within the EU.

But the Dublin arrangements relate only to the country in which a claim will be decided. They do not affect the validity (or consideration) of an application for refugee status. And there are numerous exceptions to returns under Dublin.

Further, the Dublin system – to the extent that it still functions at all – only operates within the EU and it will almost certainly cease to apply to the UK following Brexit.

The view that refugees should respect the Convention and claim asylum in the first safe country is normally driven by a literal understanding of the word ‘safety’.

Of course, the legal definition of a refugee is a person who has a well-founded fear of persecution for a Convention Reason. The spectre of ‘persecution’ within that definition suggests an intention on the part of the drafters, first and foremost, to ensure corporal safety.

However, while the Refugee Convention contains the all-important definition of what it means to be a refugee, the majority of the document concerns integration rights in the country in which they have found sanctuary.

This includes the right to housing, travel documents and identity papers, the right to work, social security and other rights besides. Refugee law, via the Convention, seeks to equip refugees with the tools they need in order to piece their lives back together.

This makes sense. After all, as human beings, we seek more than to simply exist.

And sitting in a refugee camp in southern Turkey, waiting for things to settle down in Homs, is no life. Do you know when or if the civil war in Syria will end? And waiting five years for a claim to be decided in any country – during which time you can’t work, cannot provide for your family – is not living.

So many making landfall in the Aegean, or the Peloponnese, do not dwell in Greece, its asylum process in tatters, declared unfit for purpose by the European court. Nor do they necessarily claim in Italy, its system maligned over the years as overcrowded and dangerous.

The asylum-seeker may not have read these cases, but he has eyes to see for himself, and ears to hear the stories of others. The courts reach these conclusions about the suitability of various European asylum systems following cold evaluation of the evidence, sitting hundreds of miles away. But the claiming individual has a front-row seat.

Abraham Maslow wrote a paper in 1943 called the ‘Theory of Human Motivation’. In it, he described the ‘hierarchy of needs’, the most basic need being physiological (i.e. living, breathing, feeding oneself). After this basic need is satisfied, human beings’ next primary motivation will be physical safety.

It is only when these basic needs have been met that we can continue on to the more advanced needs of belonging, self-esteem and what Maslow calls ‘self-actualisation’, which essentially means living up to your full potential.

The greatest recognition of this can be found in the UNHCR resettlement programme, through which 125,835 individuals were resettled in 2016. Those individuals were already refugees, and in places of relative physical safety (e.g. Amman, Cairo, Beirut), when the decision was made for them to be resettled.

The U.S. welcomed 78,340 such refugees in 2016. Most already had safety, but that system recognises they were in need of something more.

What would you do?

The requirement for individuals to claim asylum at the first ‘safe’ country arguably ignores all but the most basic of human needs.

So, the asylum-seeker continues on, like any other rational individual in the same position, to find a place where he can best re-group and re-build: be safe, but also, be alive.

Is it for us to condemn the actions we would surely take if placed in those shoes, trudging north? Would you claim in Paris, or Madrid?

In concentrating on the human cargo, we risk ignoring the root causes of forced migration to Europe: instability, violence and poor-governance, particularly in the Middle East and North Africa.

It is infinitely more difficult to tackle these systemic problems than their more easily identifiable human consequences. But that is surely the only viable long-term strategy, and upon which our energies would be better spent pursuing. 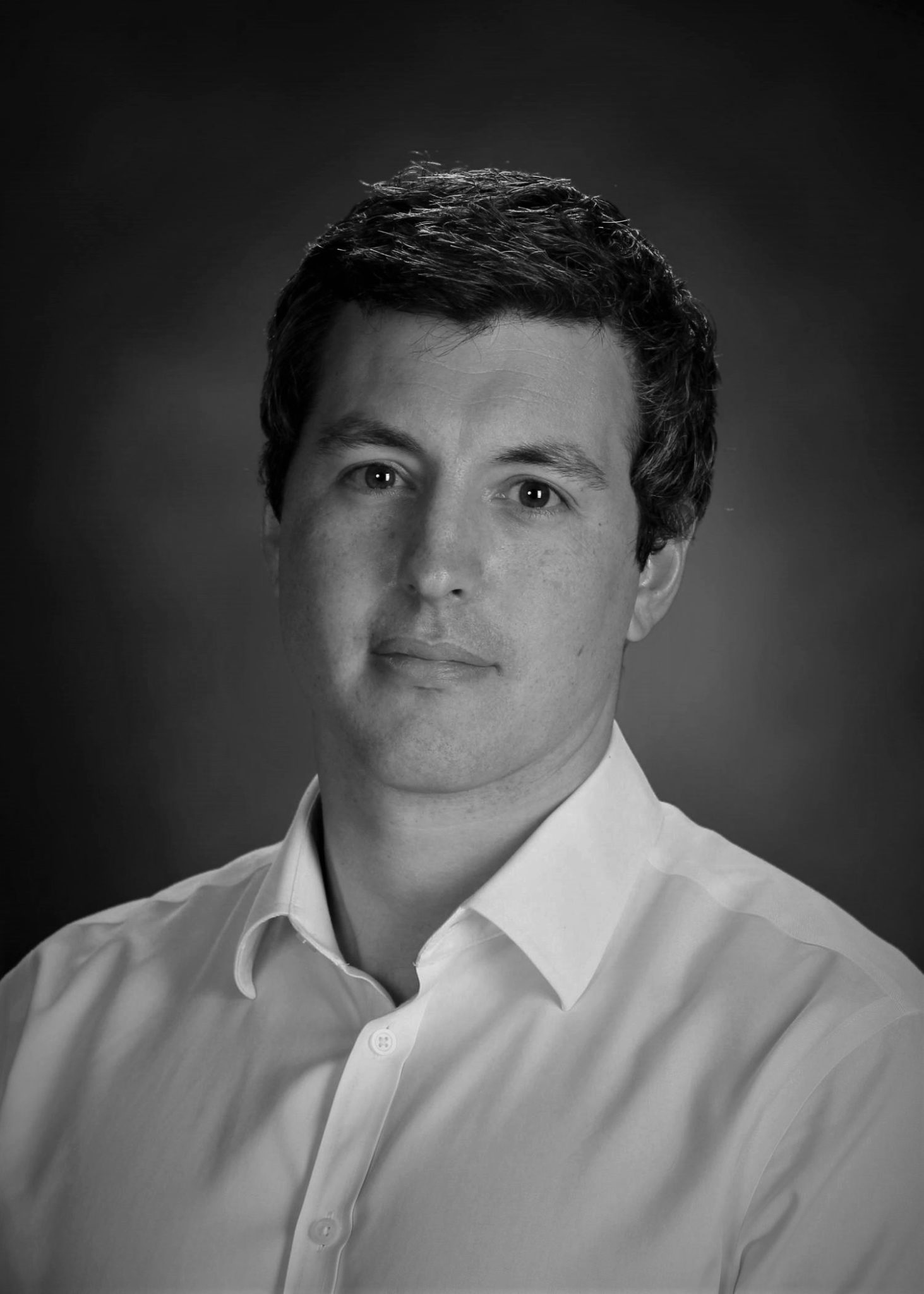