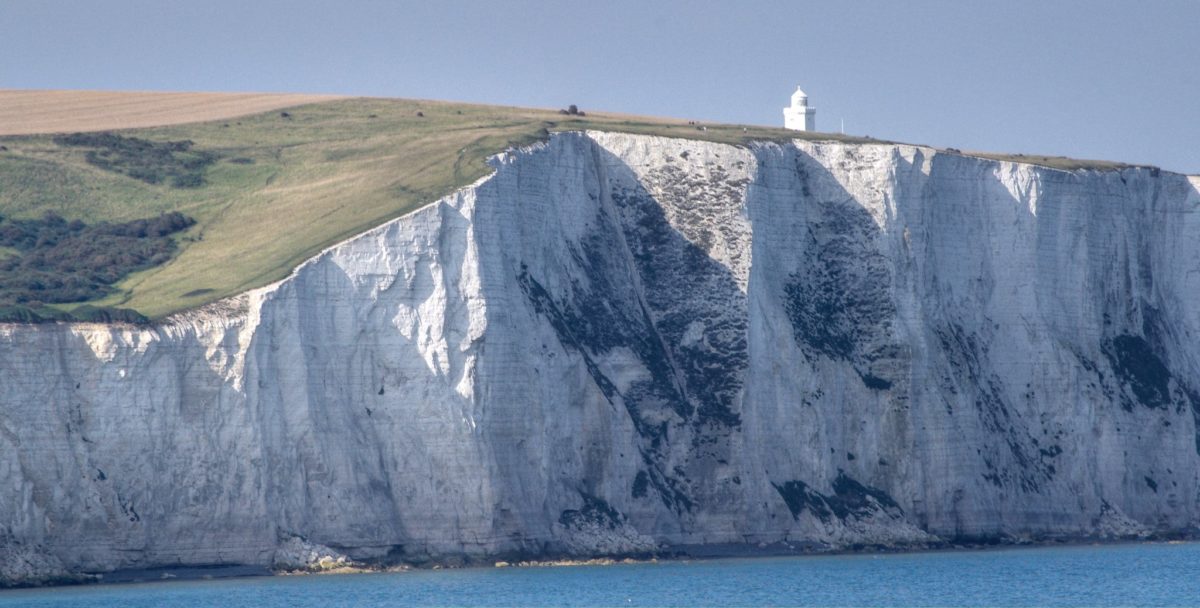 Prosecutions for assisting unlawful immigration in small boats cases: the key to acquittal

On 13 May 2021, my client Fouad Kakaei was unanimously acquitted of assisting unlawful immigration at his retrial following a successful appeal against conviction, the reporting restriction for which will now be lifted. The appeal and subsequent acquittal have important implications for past and future prosecutions of a relatively new but growing group of immigration prosecutions in what have come to be known as small boats cases.

Since 2019, when small boats of asylum seekers crossing the Channel became an increasingly frequent and politically charged phenomenon, the Crown Prosecution Service has been routinely prosecuting the migrants aboard who they could prove had played a part in piloting the vessels. It seems that a large number of such prosecutions have been pursued, often relying on photographic evidence from drones or the intercepting coastal patrols. This cohort of prosecutions, almost all of which have been heard in Canterbury Crown Court, have become known as the “small boats cases”.

In almost all of these cases, the migrants in question pleaded guilty and received substantial sentences of between two and five years’ imprisonment. In a very small number of cases trials were run on the basis that the defendant disputed their identification. But until the case of Mr Kakaei no one had successfully challenged the legal premise of these prosecutions.

By 2019 a “major incident” had been declared by the Home Office with respect to these crossings and significant assets had been deployed on both sides of the Channel to detect and intercept these crossings as early as possible. As a result in most, if not all, of these cases the small boats have been intercepted by Border Force patrols long before they reached the British coastline.

Once intercepted the small boats were either escorted to Dover, or disembarked at sea onto the intercepting vessel for the safety of those abroad and then taken to Dover. Once at Dover the migrants were taken to the Kent Intake Unit (KIU) within the port, where they were safely disembarked, processed and where the vast majority — 98% according to government statistics — claimed asylum.

The issue in the case of Mr Kakaei, which may well prove to be an issue in many if not all small boats cases, was whether an intention to be intercepted and rescued in order to claim asylum, which was his stated intention at interview, amounted to a defence.

The Crown Court in the first instance ruled in advance of his trial that it did not and as a result he pleaded guilty. Following a change of prosecution counsel on appeal the substantive point was eventually conceded and the Court of Appeal held that if the migrants aboard were intending to sail to a recognised port of entry to claim asylum then there would be no breach of immigration law attempted nor facilitated.

The reasoning behind this conclusion is as follows. Section 25 of the Immigration Act 1971 creates an offence of facilitating a breach of immigration law. The case of R v Kapoor [2012] EWCA Crim 435 confirmed that an immigration law is one which, inter alia, governs the right of a person to enter or remain in the UK. Section 11 of the 1971 Act defines “entry” for these purposes. To deal with those passing through UK airspace or waters, and transit passengers, it defines entry as disembarking from a vessel unless at a recognised port of entry, in which case entry occurs when one passes out of a designated area — by passing through immigration control, essentially. Therefore, travellers disembarking at a recognised port of entry are deemed to have arrived in but not yet entered the UK for these purposes.

The significance of this is that those who merely arrive, immediately claim asylum and are as a result admitted to the UK while their asylum claim is processed have not entered the UK illegally. They therefore have not themselves committed an offence — and nor have those who assisted them.

As a result of the substantive issue having been conceded by the time the appeal in Mr Kakaei’s case was heard, the Court of Appeal did not have the benefit of argument on this point. It may be that, as a result, the court did not fully appreciate the practical significance of the distinction between arrival and entry for small boats cases. At paragraph 70 of its judgment the court stated: “In order to show that this provision assisted him, the appellant would have to persuade the court that he intended to deliver the occupants of the boats directly into the approved area of a port. Given the circumstances of these journeys it is easy to see why he might encounter a problem doing that”.

But the next paragraph added that if the boat’s intention was to be intercepted and rescued, it would be a matter for the trial court whether that amounted to an offence. As a matter of fact, by 2019 those intercepted on the British side of the Channel would be taken to the Port of Dover and would therefore only arrive rather than enter before having the opportunity to claim asylum.

As a result, it was conceded at Mr Kakaei’s retrial that if the intention of those on board had been to be detected, intercepted and rescued in order to claim asylum, then that would amount to a complete defence.

The evidence on small boats and asylum claims

This was because the prosecution faced a number of serious hurdles in trying to prove that the migrants’ intention was not to be intercepted. First, given the need to intercept the small boats at an early stage in their crossings, the prosecution was unable to prove directly what their eventual intended destination was. Their direction and heading was of limited assistance because the stated intention was just to get to British waters and call for help; as such it does not particularly matter where they manage to cross the maritime border. This is all the more so when considering that the cases concern migrants with little experience of, or equipment for, effective naval navigation, who are in dangerously overloaded and unsuitable craft with consequent limited manoeuvrability.

Second, we were able to point to the fact that crossings were all but inevitably going to be detected due to the extensive measures and information sharing with the French in place by 2019.

Third, we could rely on the fact that there was little for migrants to gain from making a dangerous crossing simply to trade living illegally on the Continent for living illegally in the UK. The evidence in the case revealed that asylum seekers were likely to successfully remain in the UK for years with a degree of legal status and protection and eventually be granted refugee status. Those making the crossing therefore had a real incentive to seek to claim asylum.

Finally, we were also able to persuade the court to allow us to call evidence from experts from migrant NGOs based in northern France who confirmed that the primary objective of migrants in the area is to get to the UK in order to claim asylum with the attendant legal status and protections that regularisation offers. The experts were also able to confirm that it was common practice for small boats to be directed by the smugglers to sail into British waters and once there, if not already intercepted, to call to be rescued in order to reduce the significant risk of drowning that continuing the voyage unaided carries and as the most effective and efficient way to ensure that they are able to make an asylum claim immediately on arrival.

Conclusions for other facilitation prosecutions

It has to be hoped that the prosecution of small boats cases will now, as a result of Mr Kakaei’s case, become a rarity given the prosecutorial challenges the case has exposed. No doubt investigating immigration officers will now refocus their inquiries to try and address the issues which Mr Kakaei’s case has thrown up, although in reality it may still prove difficult to prove the migrants did not set off intending to be rescued.

The fear is that the political pressure to prosecute these cases will overwhelm the strict application of the Code for Crown Prosecutors. Troublingly the trial judge in Mr Kakaei’s case felt it necessary to remind the CPS of the Code in his ruling on the submission of no case to answer. Defence teams will therefore likely need to continue to be aware of this defence which is likely to be applicable, and indeed persuasive, in the majority of such cases.

A second approach may be to seek to prosecute small boat pilots for the offence of assisting an asylum seeker to arrive in the UK for gain, contrary to section 25A of the 1971 Act, on the basis that the pilot has received a reduced fare or free passage aboard the small boat in return for agreeing to assist in piloting the vessel. Such a charge sidesteps the issue of entry/arrival upon which Mr Kakaei’s case turned. But it may also be equally difficult to prove that defendants made such a deal with the smugglers and it remains moot what “for gain” in the statute means.

We are also aware that a large number of defendants have now been convicted, many by their own pleas, of offences in similar cases and will likely still be serving significant sentences of imprisonment. Those convictions and sentences will have significant impacts on their asylum claims and immigration statuses in the future. Those who represented defendants in those cases will need to consider carefully whether there were any particular features of their cases which would have precluded the defence in Kakaei. If not, they would be wise to consider an appeal against conviction out of time on the basis that their clients had been denied a defence with “a realistic prospect of success” which was not known at the time, following the principle in R v Boal [1992] Q.B. 591 and R v Sadighpour [2012] EWCA Crim 2669. 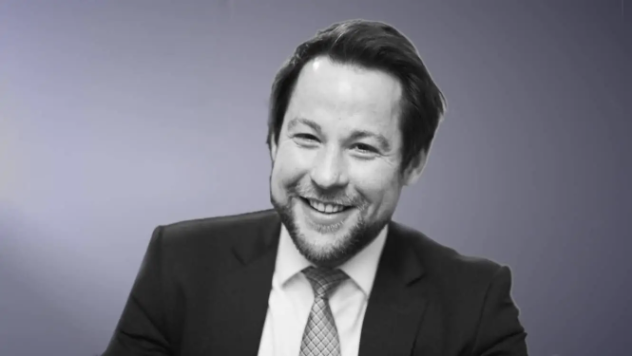