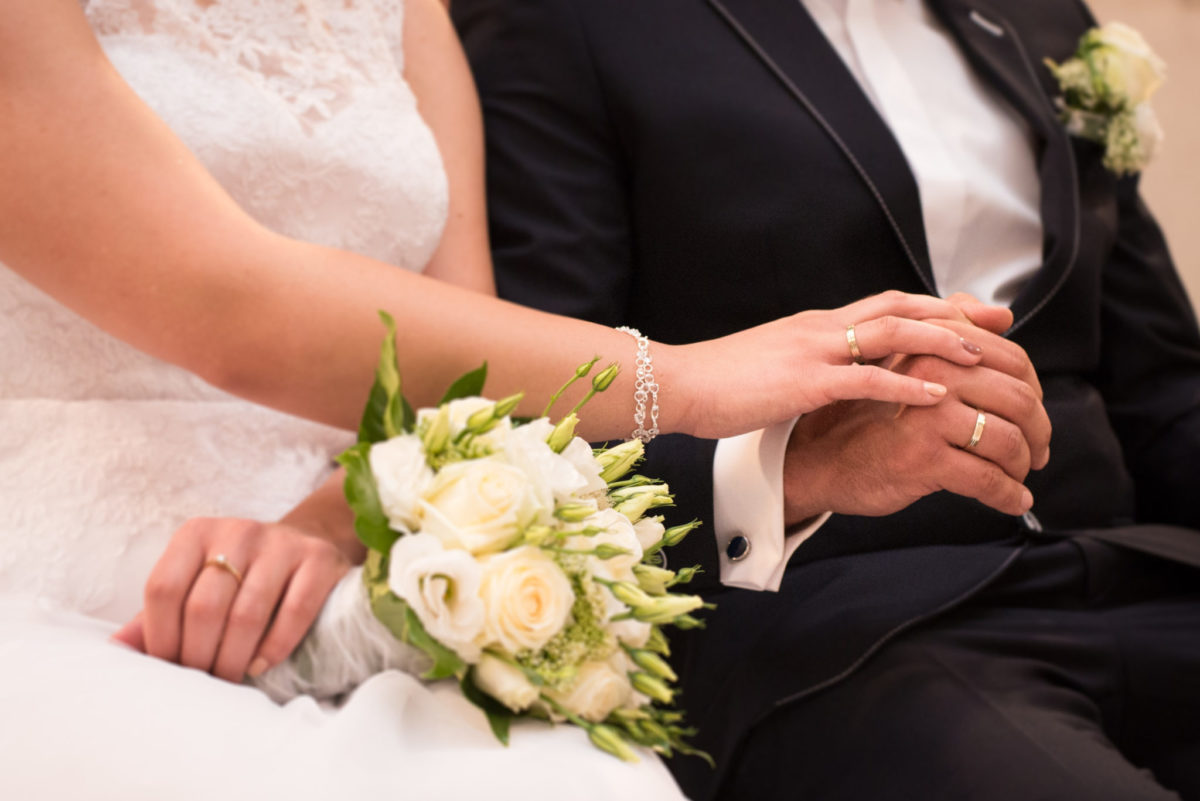 What is a genuine relationship? This idea of a love marriage is an invention of modernity,. It’s not so long ago that most people would be getting married through other kinds of arrangements. In Victorian England, all kinds of financial considerations would be in play as to who the right person is. Today there may be cultural considerations. There are all kinds of societies where the idea of an arranged marriage is straightforward, acceptable, even intrinsic to the strength of a community – that doesn’t mean it’s not a genuine marriage. So this idea of genuineness and what looks like a genuine marriage introduces a subjective element that the courts are not necessarily adept at dealing with.

It’s this thoughtful, almost philosophical approach that sets Tim Barnden apart from the pack. A solicitor of 20 years’ standing, Barnden practised at immigration specialists Wesley Gryk for over a decade before moving to Bates Wells Braithwaite in 2015. He is now Head of Immigration at the London firm.

Among his extracurriculars, if you like, is a well-regarded course for the Immigration Law Practitioners’ Association (ILPA) on applications for spouses and partners, called Significant Others. Barnden calls it “the course I’ll carry on teaching until I drop”, alongside Barry O’Leary of Wesley Gryk. I want to ask him about the legal provisions on marriage, which I’ve recently seen my housemate — the non-EEA citizen subject to immigration control, as I invariably think of her these days — grappling with.

The Home Office thinks that sham marriages are a problem, and the Immigration Act 2014 the solution. The legislation introduced new requirements for marriage registrars to report suspected sham marriages to the Home Office. This, Barnden says, is the first “pinch point”: non-EEA nationals with time limited immigration status are a red flag to the Register Offices.

In recent years things have got somewhat easier for the Register Offices. They now have a very clear set of instructions for what they must do when confronted by [a non-EU citizen giving notice]. Before, there was more discretion for them to make decisions on whether they were looking at something dodgy, some sort of sham marriage. It’s now more pre-determined by the immigration status of the person presenting themselves.

Say you are seeking to marry a non-British EEA national. We know that the rights of those who are married to EEA nationals are somewhat stronger than those married to British citizens, so that might flag up issues. It’s really about what the Home Office can see in the set of facts in front of them that might trigger their suspicions. So we have to talk to our clients to think through whether the situation they’re in is one that’s going to look suspicious in some way.

The impact of this more rigid structure of referral and investigation has been huge. The Home Office initially expected 35,000 Register Office reports a year, of which it would investigate 6,000. In fact, that figure was surpassed in just six months, according to a report by the independent immigration inspector. Between March and August 2016, the notice period of 6,130 would-be spouses were extended to 70 days, which the Secretary of State can order if he has “reasonable grounds for suspecting that the proposed marriage or civil partnership is a sham”.

In the worst case scenario, the resulting investigation — initially by the Marriage Referral and Assessment Unit and then the Immigration Compliance and Enforcement team — can ensnare innocent couples. As Colin once pointed out elsewhere on this blog, a genuine couple is entitled to be rather miffed about having to “travel to a distant Home Office office for interview and then subjected to several hours of intrusive and personal questioning about their relationship”. More recently, journalists have been in touch about rumours that the Home Office has been conducting dawn raids of couples’ homes as part of sham marriage investigations.

In a system driven by immigration status, and where it’s difficult for couples “to take any proactive steps to give the Home Office information via the Register Office that may allay their suspicions”, Barnden’s advice is to try to get ahead of the game with a protection application.

If our clients want to get married and they’re at risk in terms of their immigration status, then what we recommend doing is submitting an application to the Home Office that seeks to deliver some sort of protection. That means an application based upon the relationship even if they’re not yet married or in a civil partnership.

This is not exactly easy. A pre-emptive strike like this might have to be done under Appendix FM of the Immigration Rules. The problem there is that

You either have to be married or you have to be able to demonstrate that you’ve been cohabiting for at least two years. Fiancées or proposed civil partners only get to apply from outside the UK. The difficulty in putting in a protective application for someone who’s not yet married and not yet been living with their partner for two years is that the Home Office can turn around and say ‘Aha, but you’re not partners’, and therefore all the rest of the obligations under Appendix FM don’t kick in. We’re then struggling to try and put this forward as a human rights claim that would then trigger a right of appeal and so on. You can see the delicacy of how we try to steer people through this process if their immigration status itself is either already shot – they’re already overstayers in the UK – or in imminent peril.

Where the Home Office has decided to investigate the marriage all the same, it’s time to “engage with that process” — although getting the attention of the right person isn’t an easy task. But it’s worth trying. Barnden says that he has seen cases in which writing to the Home Office to provide evidence that a relationship is genuine persuades officials to back down and no longer seek to delay the marriage.

Let’s say you have somebody who is an overstayer in the UK, who finds themselves facing a Home Office investigation because of a suspicion of a sham marriage. In order to protect that person I would need to put in place an application to the Home Office. I would want to document that application as fully as possible and then seek to, as it were, copy it over and get the attention of the unit that we believe is dealing with the investigation.

Whether or not the Home Office actually has the power, ultimately, to prevent a marriage going ahead is, Barnden says, something of an “open question”. Home Office guidance says that failure to comply with the investigation will restart the notice period, but this has never been put to the test in court. It rarely arises in practice, since somebody without immigration status caught up in such an investigation will find themselves removed from the UK, which tends to put something of a hitch in marriage preparations even if there is no formal order not to proceed with the nuptials.

Such was the scenario in the recent High Court case of R (Seferi & Anor) v Secretary of State for the Home Department [2018] EWHC 287 (Admin). An investigation was launched into the marriage of Mr Seferi, an Albanian citizen, and his Greek fiancée. The couple cooperated, and according to the judgment were “issued a notice stating that they had complied with the investigation. Accordingly, the marriage could have taken place in the UK”. But on the same day that reassuring notice arrived, the Home Office “decided to remove Mr Seferi as an illegal immigrant, and detained him for that purpose”.

The case highlights another legal uncertainty in this area: the increasingly blurred line between a sham marriage (in which there is no genuine relationship) and a marriage of convenience (in which the relationship may be genuine but the marriage itself designed to gain an immigration advantage). Marriages of convenience are a creature of EU law, whereas sham marriages are now defined in domestic statute.

As Nath explains in her recent post on the Seferi case, the courts have contrived to expand the definition of marriage of convenience “from one where the sole aim is to gain an immigration advantage, to one where gaining an immigration advantage must be the predominant purpose only”. That subtle change means that more couples — by definition, genuine couples — can be tarred with the marriage of convenience brush.

Barnden thinks that the original definition of a marriage of convenience was designed to cover the same ground as a sham marriage. But the “ambiguity” of the wording has led to this creeping expansion in the case law.

What’s happened is that ambiguity has been picked up in a sequence of cases: the Molina case, the Sadovska case, and most recently the Seferi case. The courts, I think, are getting quite tangled up. They’ve arrived at a position where you can be in a fundamentally genuine and subsisting relationship but the marriage is deemed to be one of convenience and therefore, by extension, a sham. We need to hold on to what the immigration Act [2014] itself says, which is that if you have a genuine relationship then it can’t be a sham.

Although few lawyers would be desperate to put their client in line for a test case, Barnden’s message is that this may need to be challenged in the courts and tribunals.

There’s a challenge here for those of us who practice in this area to very carefully seek to litigate these points. I stress very carefully, because we all know that bad cases make bad law… I would hope that none of my clients would ever be one of these test cases, because we’d never end up in a situation where they would have been exposed to these kinds of challenges. But this is something we definitely need to get on top of.

The ILPA training course Significant Others: Love in a Cold Climate, taught by Tim Barnden and Barry O’Leary, next runs on 12 July.