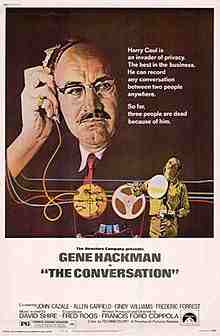 An interesting case on the use of electronic means (telephone, video link, Skype, Morse, that sort of thing) has been determined in North Shields. As the tribunal comes close to saying, it is serendipitous that it should be here where this issue would arise again, after the notorious case of R (on the application of AM (Cameroon)) v Asylum and Immigration Tribunal [2007] EWCA Civ 131.

The decision whether to allow evidence to be given by electronic means is a judicial one, requiring consideration of the need to do so, the arrangements at the distant site, and the ability to assess such evidence, by reference to guidance such as that set out here.

In this case a decision had been made that a witness who could not afford to travel to North Shields would be permitted to give evidence by telephone. It was not known who had made the decision or what, if anything, they had considered or weighed in making that decision.

The Presenting Officer threw what is technically known as a hissy fit and refused to cross examine the witness. This is the equivalent of getting up and walking out if an adjournment application is refused. Ultimately this was the undoing of the Secretary of State’s appeal as it meant that the witnesses evidence was unchallenged. The smart thing to do might have been to ask a few questions such as “how do we know you are who you say you are?”

The tribunal, chaired by Deputy President Mr Ockelton, opines that in the common law there is a presumption that evidence will be given in person before the tribunal or court then goes on:

Departures from that model are likely to reduce the quality of evidence, the ability of the parties to test it, and the ability of the judge to assess it, particularly where it has to be assessed against other oral evidence. Any application to call oral evidence by electronic link therefore needs to be justified. There is a measure of agreement across common-law jurisdictions that the taking of evidence, or the hearing of submissions, in this way requires regulation and ought not to be regarded as routine.

Interestingly, from the point of view of immigration bail hearings, video linked evidence is now regarded as presumptive and routine, at least by the Immigration and Asylum Chamber powers that be, and a judicial decision that video link evidence will be permitted is certainly not made in individual cases. I’m pretty damn sure that video links are not used for bail hearings in the criminal or other courts. The liberty of mere migrants is the poor cousin to the liberty of free-born Englishmen.

It is also I think worth observing that this case opens the door to applying for special measures to enable children to give evidence in a friendly and safe environment. This would normally be considered to increase not diminish the quality of evidence given. See Chapter 4 on representing children in appeals in the recent ILPA publication Working With Refugee Children: Current Issues in Best Practice for ideas (disclosure: I wrote it).

The actual guidance given by the tribunal is given with the caveat that it amounts to minimum requirements and may well require adjustment over time:

a.      A party seeking to call evidence at an oral hearing by electronic link must notify all other parties and the Tribunal at the earliest possible stage, indicating (by way of witness statement) the content of the proposed evidence.  (If the evidence is uncontested, an indication of that from the other parties may enable the witness’ evidence to be taken wholly in writing.)

b.     An application to call evidence by electronic link must be made in sufficient time before the hearing to allow it to be dealt with properly.  The application should be made to the relevant judge (normally the Resident Senior Immigration Judge) at the hearing centre at which the hearing is to take place, and must give (i) the reason why the proposed witness cannot attend the hearing; (ii) an indication of what arrangements have been made provisionally at the distant site (iii) an undertaking to be responsible for any expenses incurred.

d.     If the proposal is to give evidence from abroad, the party seeking permission must be in a position to inform the Tribunal that the relevant foreign government raises no objection to live evidence being given from within its jurisdiction, to a Tribunal or court in the United Kingdom.  The vast majority of countries with which immigration appeals (even asylum appeals) are concerned are countries with which the United Kingdom has friendly diplomatic relations, and it is not for an immigration judge to interfere with those relations by not ensuring that enquiries of this sort have been made, and that the outcome was positive. Enquiries of this nature may be addressed to the Foreign and Commonwealth Office (International Legal Matters Unit, Consular Division).  If evidence is given from abroad, a British Embassy, High Commission or Commonwealth may be able to provide suitable facilities.

e.      The application must be served on all other parties, in time for them to have a proper opportunity to respond to it.

f.       The decision whether to grant the application is a judicial one.  The judge making the decision will take into account the reasons supporting the application, any response from other parties and the content of the proposed evidence, as well as of the overriding objective of the rules.  If the application is granted, there may be further specific directions, which must be followed.

g.     If there is a direction for the taking of evidence by electronic link, the Tribunal will nevertheless need to be satisfied that arrangements at the distant end are, and remain, appropriate for the giving of evidence.  A video link, if available, is more likely to be suitable than a telephone link.  The person presiding over the Tribunal hearing must be able to be satisfied that events at the distant site are, so far as may be, within the observation and control of the Tribunal, and that there is no reason to fear any irregularity.

h.     There will need to be arrangements to ensure that all parties at the hearing, as well as the judge, have equal access to the input from the electronic link.  Particular attention needs to be given to the accommodation of any interpreter.

i.       In assessing any challenged evidence, the Tribunal may have to bear in mind any disadvantages arising from the fact that it was given by electronic link, and should be ready to hear and consider submissions on that issue.

It is, of course, for the party seeking to rely on evidence given by electronic means to make the arrangements and pay any associated costs. It should hopefully be abundantly clear after all of the above that any applications must be carefully made in very good time and must be well planned.