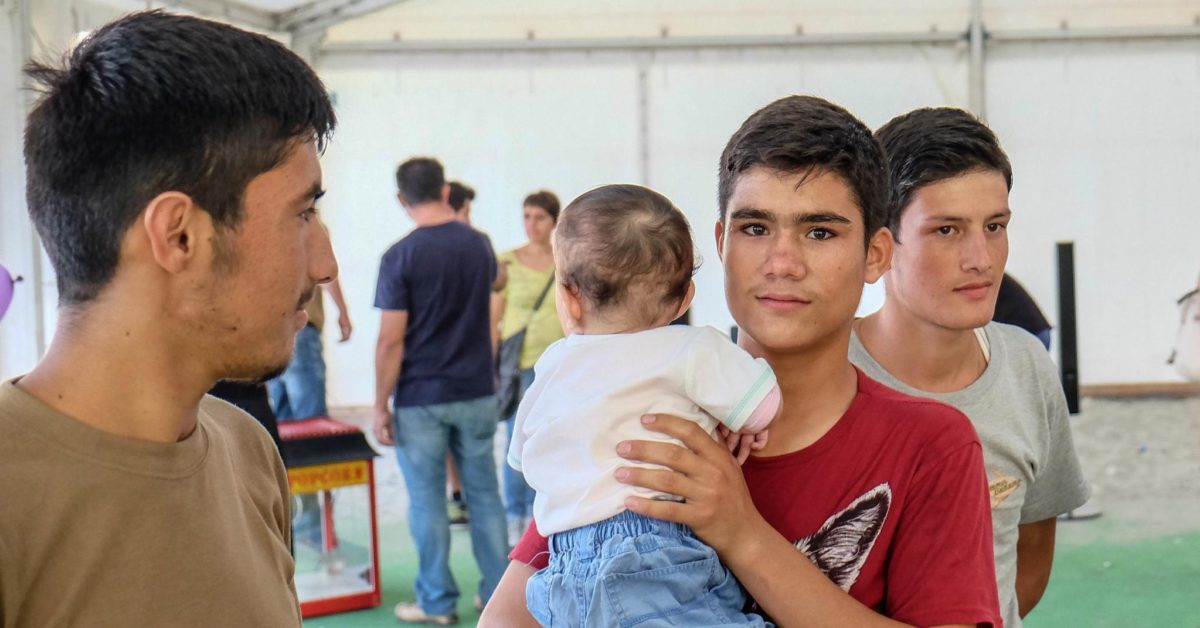 States have domestic and international legal obligations to provide suitable housing for unaccompanied asylum-seeking children. But a vulnerable young client at the Refugee Legal Support (RLS) clinic in Athens was last month kicked out of his accommodation for breaking the shelter’s rules. Jay*, a 17-year-old boy from Afghanistan, was condemned to homelessness for the trivial teenage rebellion of breaking his curfew.

This case has coincided with the recent publication of Advocate General Campos Sánchez-Bordona’s Opinion in Case C-233/18 Zubair Haqbin v Federaal agnstschap voor de opvang van asielzoekers, a reference arising out of the exclusion of an unaccompanied asylum-seeking minor from his reception centre in Belgium.

It also comes in the wake of the European Committee of Social Rights’s decision of 23 May 2019 in International Commission of Jurists (ICJ) and European Council for Refugees and Exiles (ECRE) v Greece (Complaint No. 173/2018) to issue “immediate measures” against Greece, after considering detailed evidence and submissions about the reception conditions for children in the country. The decision directs Greece to adopt all possible measures to protect the rights of migrant minors on its territory, including to ensure immediate access to age-appropriate shelters.

This article discusses the law on accommodation for refugee children with reference to Jay’s case. But his situation casts into relief a wider range of grave concerns about the treatment of unaccompanied asylum-seeking children in Greece.

Jay’s legs and arms shake uncontrollably due to severe nervous damage. He suffers from serious psychological trauma as a result of his experiences in Afghanistan. After a long and dangerous journey, he arrived in Europe and claimed asylum in Greece in December last year. He is all by himself and was living on the streets when he first came to the RLS Athens clinic in March.

RLS is helping Jay apply for family unification to join his older sister, who is now a British citizen and lives in the UK. His caseworker referred him to shelter accommodation, to put a roof over his head while his application slowly makes its way through the creaky Dublin III machine.

But despite being what is legally termed an “unaccompanied minor”, and despite his clear additional vulnerabilities as an asylum-seeking child suffering mental and physical trauma, Jay was kicked out of his shelter three weeks ago for not obeying the curfew.

Jay looks older than his years. The authorities declined to age assess him (itself a controversial process) or to reject his stated age, so he should be accepted and treated as a minor. But underlying scepticism as to whether he is actually under 18 has been obvious from the way he has been handled; an all too frequent response to young asylum seekers across Europe.

It is telling about the state of reception conditions for minors in Greece that Jay’s RLS caseworker barely raised an eyebrow on receiving the news that he had been excluded. There is nothing unique about his situation: “This is just what happens here”. The Greek state is struggling to cope with the numbers of asylum seekers entering the capital, and funding for accommodation is tight. According to official statistics, there were 3,320 unaccompanied children in Greece in September 2018, with only 1,191 places available in age-appropriate facilities.

Disturbingly, RLS learned on 7 June that Jay has since been arrested and detained under “protective custody” in the notorious Amygdazela Immigration Detention Centre. This is notwithstanding the supposedly tight legal restrictions on the detention of minors and vulnerable individuals seeking asylum, and expressions of international concern about the practices adopted in Greece (see, for example, the submissions in ICJ and ECRE v Greece).

Unaccompanied asylum-seeking minors are, above all, children who are alone and vulnerable in a foreign country. Their protection, and not immigration policies, must be the guiding principle for approaching their needs.

Provision for their accommodation is governed by domestic law, which sits against a backdrop of international commitments. Article 3 of the United Nations Convention on the Rights of the Child firmly establishes that the best interests of the child must be a primary consideration in all actions relating to children, and the obligation to protect the rights of the child is reflected in numerous EU and international humanitarian law instruments (see in particular Article 3 of the Treaty on European Union and Article 24 of the EU Charter of Fundamental Rights, which bind member states). Unaccompanied children deprived of their family environment require special protection and assistance from the state: Article 20 of the UN Convention.

The international framework recognises that children seeking asylum have particular vulnerabilities, especially when unaccompanied. This is stipulated at Article 22 of the Convention on the Rights of the Child (see further: General Comment No. 6 (2005) of the UN Committee on the Rights of the Child) and has been reiterated by the European Court of Human Rights in Popov v France at [91]. States must ensure children receive appropriate protection and humanitarian assistance to protect their rights.

Additionally, unaccompanied children are known to be especially exposed to risks of trafficking, crime and gender-based violence, engaging specific state responsibilities. The provision of suitable accommodation is recognised to minimise these dangers.

The minimum standards for the reception of asylum seekers are established for EU member states under the Reception Conditions Directive. This requires states to offer accommodation to asylum applicants that provides an adequate standard of living, taking into account age, vulnerabilities and gender-specific concerns.

The minimum conditions laid down by the Directive must be provided continuously to a person from the moment they claim asylum: C-179/11 Cimade and GISTI v Ministre de l’Intérieur; C-79/13 Saciri and Others v Federaal agentschap voor de opvang van asielzoekers.

Article 24 of the Reception Conditions Directive directly relates to unaccompanied minors, requiring that they are placed with either adult relatives, a foster family, an accommodation centre with special provisions for minors, or in other accommodation suitable for minors from the moment that they enter the country.

For good measure, the positive obligation to house impoverished asylum seekers engages the state’s responsibilities under the European Convention on Human Rights. States must ensure that reception centre accommodation is available that meets the standards of basic human dignity under Article 3: M.S.S. v Greece and Belgium (application no. 30696/09).

Haqbin: When can accommodation be withdrawn?

The Directive carefully restricts the circumstances under which material reception conditions such as accommodation may be withdrawn under Article 20. Particularly relevant to Jay’s case is Article 20(4), the interpretation of which is being considered by the Court of Justice of the European Union in the case of Haqbin.

The reference arose out of a claim brought on behalf of an unaccompanied Afghani minor against the Belgian asylum agency. Zubair Haqbin was temporarily excluded from accommodation and all related services in his reception centre as a result of participating in criminal acts of serious violence. Judgment is pending, but the recently published opinion of Advocate General Campos Sánchez-Bordona gives a promising preview of how the court may restrictively interpret the circumstances and conditions under which a minor may be excluded from accommodation.

Article 20 of the Reception Conditions Directive provides that:

4. Member States may determine sanctions applicable to serious breaches of the rules of the accommodation centres as well as to seriously violent behaviour.

5. Decisions for reduction or withdrawal of material reception conditions or sanctions referred to in paragraphs 1, 2, 3 and 4 of this Article shall be taken individually, objectively and impartially and reasons shall be given. Decisions shall be based on the particular situation of the person concerned, especially with regard to persons covered by Article 21, taking into account the principle of proportionality. Member States shall under all circumstances ensure access to health care in accordance with Article 19 and shall ensure a dignified standard of living for all applicants.

6. Member States shall ensure that material reception conditions are not withdrawn or reduced before a decision is taken in accordance with paragraph 5.

The Advocate General argues that Article 20(4) allows member states room for manoeuvre when assessing whether a breach of accommodation centre rules is sufficiently serious to engage this provision [43]. Importantly, however, he considers that this margin of discretion is qualified, firstly by the obligation to respect fundamental rights of the child [44]-[45], and secondly by the procedure and safeguards set out under Article 20(5). These safeguards require a proportionate decision following an individual examination that takes particular account of the minor’s precarious situation, well-being, social development and security [49]-[51].

Thirdly, and crucially, Article 20(5) states that the decision for the reduction or withdrawal of material reception conditions must “under all circumstances ensure access to health care and ensure a dignified standard of living for all applicants”. So long as the minor is authorised to remain in the country without the means to meet their essential needs (including housing), the state must ensure this standard of reception conditions is met [54].

In short, the Advocate General is of the view that, if a member state is going to withdraw material reception conditions from a minor, the decision must be taken following the involvement of assistance services or judicial authorities responsible for child protection in such a way that ensures that the minor receives ongoing and child-specific support [65], [83], [85].

A helpful indication for Jay

Before 2015, there was no real domestic legal framework providing for unaccompanied asylum-seeking children in Greece. It has developed reactively in response to the so-called migrant crisis that Greece has faced in recent years. There had been articles under Civil Law regarding the state custody of children, but these were far removed from what is required to provide for unaccompanied children. There was a similar gap in the provisions of guardianship for minors seeking asylum, and it was only last summer that laws were introduced to cover this legal void.

Notwithstanding the nascent domestic provisions, the international legal framework should give Jay a strong basis to contest the removal of his accommodation and support in Athens with no alternative provided. We hope that decision in Haqbin, when delivered, will fortify his case.

But even before Jay was detained, his case was fraught with obstacles that stem from the fragilities of public administration and the difficulties of litigating in this field. RLS have still not been provided with the formal reasons for the decision to exclude Jay from his shelter, or with an answer as to whether there was any needs-based assessment beforehand. If and when these are received, a legal challenge will likely not see a courtroom for around three years.

It is easy to lose hope when forced to navigate such entrenched difficulties in a system stacked against those with the quietest voices. Legal aid for asylum seekers is not accessible in Greece, and there are few immigration and asylum lawyers able to give pro bono representation.

It is for this reason that the presence and perseverance of organisations like RLS is vital.

*Jay is not the client’s real name. Details of his case have been altered to protect his anonymity and privacy. The author has volunteered with RLS since 2016 and became familiar with Jay’s case while working at the Athens clinic in June this year. 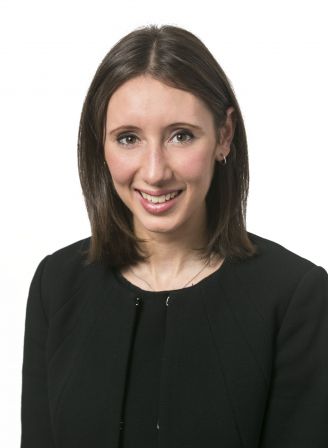 Natasha Jackson is a barrister at 3 Hare Court.