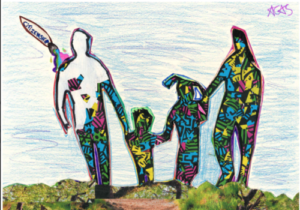 Citizenship for sale – at a cost stateless people can ill afford

The UK government has taken some steps to ensure its approach to statelessness complies with international law. In many respects, British nationality law complies with the 1961 Convention on the Reduction of Statelessness. Further, the UK introduced a statelessness determination procedure in 2013, which was an important step towards achieving compliance with the 1954 Convention relating to the Status of Stateless Persons. There is, however, considerable room for improvement in the UK’s treatment of stateless persons. This article focuses on one key issue: the cost of acquiring British citizenship.

A colleague and I met recently with several stateless people from Kuwait, all of whom have permission to stay in the UK, who told us that the high price of British citizenship made it seem an impossibility for them and their families. They are people who faced discrimination and/or persecution for much of their lives outside the UK, which they are still struggling to overcome.

Now, they continue to face an overwhelming problem: they cannot afford to become citizens of the UK.

The British Government agreed, by signing up to the 1954 Convention, to facilitate and expedite the naturalisation of stateless persons in the UK. Article 32 of that treaty states:

What do we mean by naturalisation?

‘Naturalisation’ means, broadly, the process of acquiring a nationality or citizenship. In relation to international legal obligations, this broad meaning should be applied, in order to comply with the object and purpose of the 1954 and 1961 Conventions.

Under the British Nationality Act 1981, there are numerous distinct processes by which British citizenship can be acquired, depending on the context, including (but not limited to):

Children born in the UK in certain circumstances are entitled to register as British citizens, for example under Section 1(3) or 1(4)

Under Section 3(1), certain children may be registered as British citizens, at the discretion of the Secretary of State

Adults can apply to naturalise by discretion under Section 6(1)

In recent years, acquisition of British citizenship has become more and more difficult, as successive governments have increased fees for citizenship (and immigration) applications exponentially. The fees, currently set out in the Immigration and Nationality (Fees) Regulations 2017, Schedule 8, have risen to an astronomical:

Most adult applicants applying to naturalise under Section 6(1) of the BNA 1981 also have to pay the costs of a language exam (£150 at Trinity College London, one of the approved test centres) and the Life in the UK test (£50) – making citizenship even more inaccessible.

Further, in contrast to many countries which charge a nominal or no fee for child applicants, the UK’s fees for children are not far off the fees for adults, nor is there any cap on the fees per family. One of the stateless people I met accurately estimated that for his family of 9, the total fees to acquire British nationality for his family will be nearly £10,000. They are struggling financially, and he thinks they will never be able to afford this.

There is currently no exemption available for British citizenship application fees, for stateless persons or others, even if they cannot afford to pay. The UK’s exorbitantly high fees, particularly combined with measures designed to make life hard for migrants and a paucity of adequate integration services, create barriers beyond those seen in most other countries.

This is not to say that there are no difficulties in applying for citizenship in other countries – see, for example, this analysis of some of the difficulties in Canada.

Asylum Aid / Migrants Resource Centre (where I work), together with the Project for the Registration of Children as British Citizens, University of Liverpool Law Clinic, the European Network on Statelessness, and the Institute on Statelessness and Inclusion have previously raised concerns about the costs of British citizenship for stateless persons, as well as other difficulties stateless persons face in the UK. We took our concerns to the United Nations in a joint submission to the Universal Periodic Review (UPR), a process through which states critique each other’s human rights records.

When the UK was scrutinised at its UPR session in May 2017, Kenya and Hungary recommended that the UK improve its approach to citizenship for stateless persons (and there were additional recommendations relating to stateless persons). The UK government claims it is committed to the UPR process, but the September 2017 response to UPR recommendations and the related Annex provide no substantive response on the naturalisation issue.

Prime Minister Theresa May has emphasised the importance of citizenship. So why is her government preventing stateless people from accessing British citizenship by setting the fees at an inaccessible rate and failing to offer any reductions or exemptions? Is citizenship important for everyone, or just those who can afford it?

Society as a whole will benefit from stateless people becoming citizens

The Migrant Integration Policy Index cites studies indicating that acquiring citizenship can lead to improved employment outcomes and higher rates of political participation. Having citizenship means that people do not have the difficulties of constantly trying to prove who they are.

They will be eligible to participate fully in civic life, including by voting and serving in professions that require citizenship. They may be more likely to overcome the trauma of their past lives. They may – for the first time ever – be able to lead normal lives without the heavy burden of not belonging anywhere in the world. They will be better placed to learn and grow and give back to society in myriad ways.

This problem can be fixed

There is a supremely easy solution for this problem. The Home Secretary has the power to fix this by a simple change to the Fee Regulations.

A reasonable approach would be to:

The right to nationality is a fundamental human right. It should not be denied by barriers such as high fees which make acquisition of nationality a distant dream for those without the means to pay for it.

This article has also been published on the European Network on Statelessness website. For background on the situation of stateless persons in the UK, see Asylum Aid’s 2016 Policy Briefing: The UK’s Approach to Statelessness.

Cynthia Orchard is the Statelessness Policy and Casework Coordinator at Consonant (formerly Asylum Aid) and a member of the Advisory Committee of the European Network on Statelessness. Consonant takes referrals for statelessness cases, subject to capacity. Contact: [email protected]