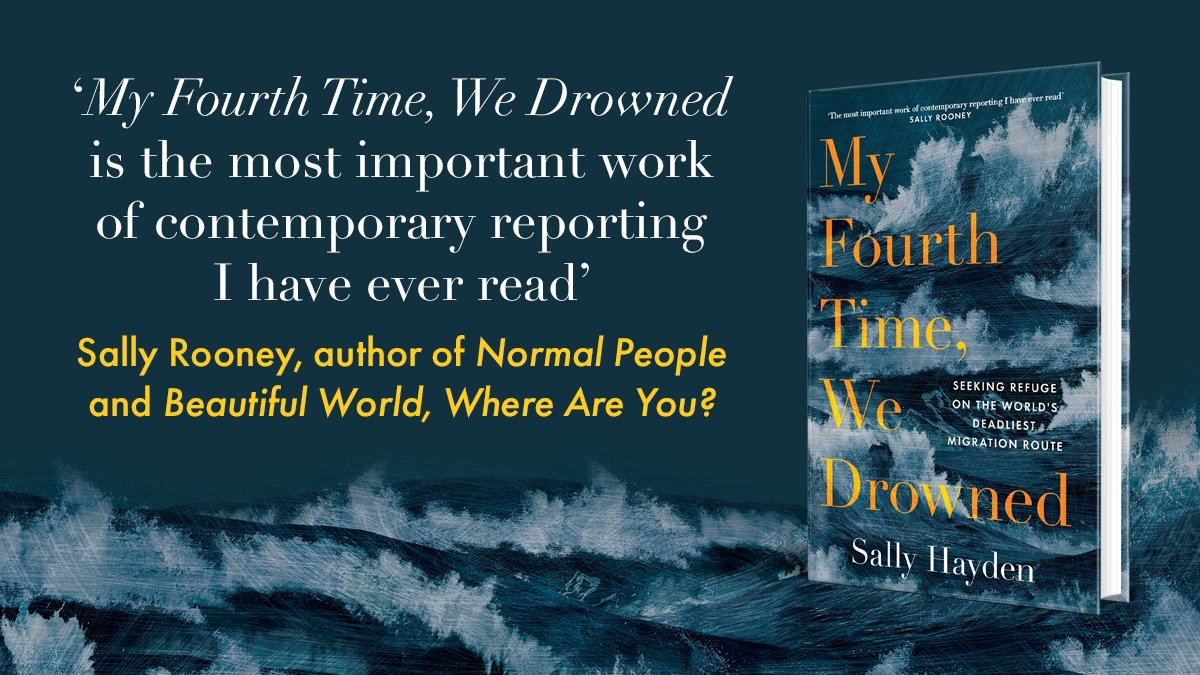 Book review: My Fourth Time, We Drowned by Sally Hayden

Refugees are in the news. The Russian invasion of Ukraine has provoked one of the largest, fastest and geographically widespread exoduses of recent years. Thousands of Afghans who escaped from their homeland in the aftermath of the Taliban takeover are still waiting to find a permanent home. Largely ignored by the media, some four million people have been displaced by conflict, insecurity and the impact of climate change in the Sahel region of Africa. And the UK has just signed a shameful deal that will allow asylum seekers arriving in the country to be deported to Rwanda, without any possibility of settling in Britain, even if their claim to refugee status is recognized.

It is often said that in publishing, timing is everything. And in view of these recent events, Sally Hayden’s book could not have appeared at a more opportune moment. But quality is just as important as timing, and, as many reviewers have pointed out in the month since it was published, My Fourth Time, We Drowned is a superb example of investigative journalism, exposing one of the most shocking examples of state-sponsored cruelty witnessed in recent years.

Given its gruesome subject matter, I would hesitate to say that I enjoyed reading the book. But I certainly appreciated its craftsmanship. My Fourth Time, We Drowned tells a gripping story – so much so that I read all 500 pages of it in a single sitting. Based to a large extent on vivid first-hand observation, the volume also draws very skilfully on encounters and interviews with a wide range of interlocutors: refugees and migrants, government officials, UN personnel, aid agency workers and human smugglers.

To an extent that I have not seen in any other book, it makes extensive use of social media, interspersing its compelling narrative with extracts from text messages, Twitter and Facebook posts. And while focused on the plight of refugees and migrants in Libya, Hayden’s work takes her to numerous other destinations, including Eritrea, Ethiopia, Sierra Leone, Sudan, Italy, Malta, Ireland and Sweden. In this respect, the book underlines the extent to which refugee movements have become increasingly globalized, with mobility – whether regular or irregular in nature – at the centre of the strategies that refugees use to find security and improve their opportunities in life.

In the rest of this review, I would like to highlight a number of issues arising from Hayden’s work, and which provide a basis for further analysis of the refugee situation in Libya.

First, the refugees and migrants themselves. As Hayden points out, the conditions of life in countries such as Eritrea, Sierra Leone and Sudan are appalling for the majority of citizens. But as I read the book, with its vivid description of the abuses suffered by people on their way to and once they have arrived in Libya, I was left wondering about their motivation.

Is the decision to migrate a personal one, or is it prompted by the families and communities that often pay for the journey? Is it really true to say that these people have no idea of the intense hardships that lie ahead of them, or do they consider those risks to be worth taking? Given that the majority of people from these countries do not migrate, what distinguishes those who opt to move? Is it access to resources, connections with relatives and compatriots who have already taken up residence abroad? Or is it more a matter of the extent to which individuals feel that they can only ensure their survival and realize their educational or professional ambitions by embarking on such hazardous journeys?

Finally, while Hayden focuses on the relatively small number of refugees and migrants who are trying to escape from Libya, we know from IOM statistics that the country has an immigrant population of some 600,000 to 700,000 people. What is daily life like for those people? What kind of livelihoods do they have? And why do they choose to remain in the country?

Second, and to be a little more academic in my comments, what does Hayden’s work have to tell us about the concepts and categories that we employ when discussing human mobility. Do the notions of ‘refugee’, ‘asylum seeker’, ‘economic migrant’, ’smuggling’ or ‘trafficking’ survivor make any sense in relation to the people whose horrific plight she describes. Do we have no option but to make use of these bureaucratic labels, while acknowledging their intellectual inadequacy?

To what extent are newer notions, such as ‘mixed migratory movement’ and ‘people on the move’ any more adequate, and do they provide a basis for a more effective international response to the dreadful situation in Libya? Is it correct to say, as UNHCR constantly argues, that refugees can be readily distinguished from other migrants, and that any attempt to blur that distinction would put refugee protection at risk?

Third, and talking of UNHCR, Hayden is highly critical of the organization throughout the book, and in that respect I share many of her concerns. UNHCR’s Libya operation, as well as the associated evacuation operation to Rwanda and Niger, has been conducted with very little transparency. Indeed, even as someone who worked for the organization for more than 25 years, I have found it very difficult to extract relevant information from the agency.

Some senior officials have made questionable comments about the characteristics and motivations of the refugees and migrants in Libya, while the refugee demonstrations that have taken place in Tripoli, and which are now being emulated in Tunisia, do not appear to have been handled in the most appropriate manner. And to highlight one incident featured in Hayden’s book, did no-one in UNHCR realize that if you set up an establishment called the Gathering and Departure Facility, then it should not be a surprise if refugees gather there, in the hope of departing from Libya?

So what should our expectations of UNHCR be? As Hayden points out, in Libya the agency has been confronted with a dysfunctional and often abusive state. It has had to work in the context of an EU refugee policy dedicated to externalization and containment, while depending on that same group of states for much of its funding. And while it is difficult to provide hard evidence on this matter, it would appear that the UN itself, despite being led by a former High Commissioner for Refugees, has not prioritized the protection of foreign nationals in its strategy for Libya.

In such circumstances, one might ask, should UNHCR have considered withdrawing from the country, setting clearer benchmarks for its continued presence, or at least have engaged in more powerful public advocacy, rather than the emphasis on marketing, branding and celebrity endorsement that now characterizes the organization’s external relations activities?

Given the difficulties of operating in Libya, did UNHCR ever question whose interests it was serving by remaining in a precarious situation in which it was so obviously compromised? In such desperate circumstances, did its presence on the ground not raise unrealistic expectations amongst the refugees that it could deliver on its protection mandate?

Finally, Hayden’s book raises the issue of what solutions can be envisaged for the refugees and migrants who find themselves trapped in Libya. In the short term at least, the Libyan government and EU appear unlikely to abandon a strategy that is based on deterrence, interception, return and detention. The scope for an expansion of the existing evacuation and resettlement programmes appears to be very limited, not least because of the unresolved situation of so many Afghan and Ukrainian refugees, a much higher priority for western states than the Africans stranded in Libya.

Which leaves the option of voluntary return to their countries of origin. Here again, the constraints are all too obvious. Some of the refugees, most notably Eritreans, are unable to go home because their life and liberty would be at risk if they were to do so. Others, having invested and suffered so much in their journey to the Mediterranean, are determined to cross it and to take up residence in Europe.

While an assisted repatriation programme from Libya has been in place for several years, its limitations are also well known. Refugees and migrants have been under pressure to sign up for it. Countries of origin will not always readmit their nationals. The financial and other support promised to returnees has not always materialized. Some of those returnees appear to have remigrated after returning to their homeland. And as Hayden points out, IOM and some local NGOs have been engaged in questionable campaigns to dissuade people from leaving their own country, despite a lack of evidence that such initiatives have their intended effect.

In conclusion, it is easy to agree that the situation in Libya is unacceptable. But it is much more difficult to develop a strategy that would counter the vested interests of stakeholders who are content for the status quo to be maintained, whether they be local elites, militia groups, human smugglers, Frontex or European states. Indeed, in the Libyan context, it is often difficult to make a clear distinction between these different actors. 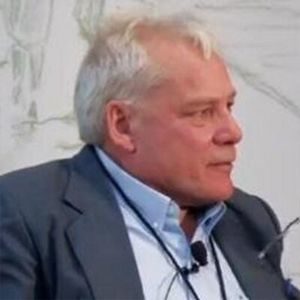 Dr Jeff Crisp is a research associate at the Refugee Studies Centre, University of Oxford and an associate fellow in international law at Chatham House, London. He previously held senior positions at UNHCR (head of policy development and evaluation), Refugees International (senior director for policy and advocacy) and the Global Commission on International Migration (director of policy and research).