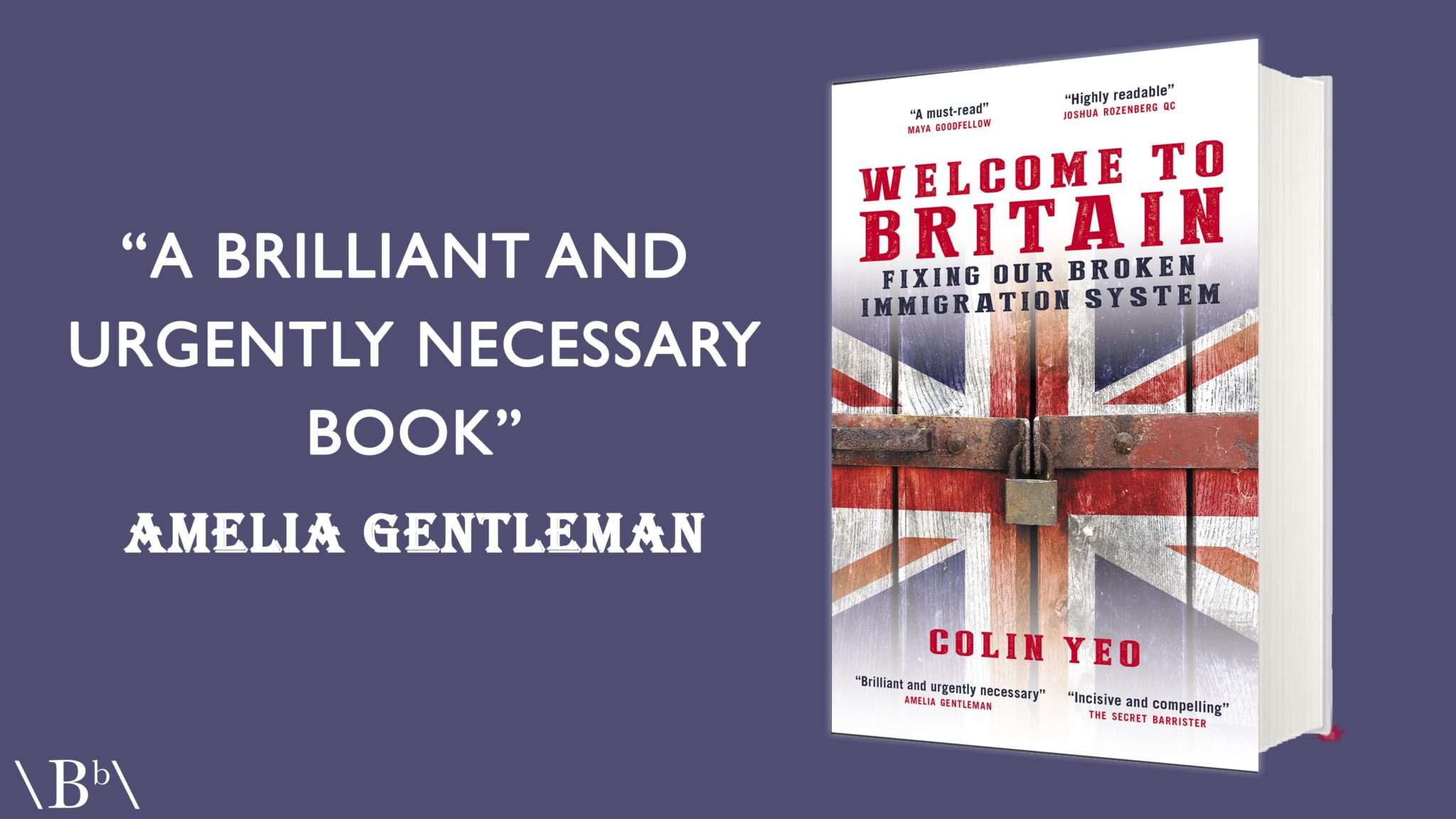 The updated paperback edition of my book, Welcome to Britain, is published today. You can order it from your Friendly Local Bookshop (its actually easier to use Google Maps than that website, frankly), directly from the publisher or from well-known internet retailers. If you’d like a signed copy, order one from Bookhaus in Bristol, where I live, and I’ll pop down there and get them signed.

I have tried to do two things with the book. The first is to describe and explain what the immigration and asylum system is really like for those who experience it. It is a sort of crash course for those who want to dig behind the headlines. I cover a bit of history, the hostile environment, complexity and cost, refugees, families of British citizens, students, work visas, deportation, detention and citizenship.

The other thing I’ve tried to do is think about how we might go about doing things differently. This is not easy! I suggest dropping the pretence that migrants who arrive for work, to join family or to seek asylum are temporary and can be removed at will if they fail somehow to live up to unrealistic expectations set by politicians. The reality is that they are here to stay if they want to. It is almost impossible to remove them or to force them to ‘self deport’ with hostile environment policies. It would be better to see them as future citizens, people who have arrived to join our society for the long term. It is therefore in our own interests as well as theirs that they should be helped to settle in and integrate over time.

Seen in this light, the way that the complexity and cost of the system forces some people into illegality (but not out of the country) is a form of societal self harm. All it does is swell the size of the already considerable unauthorised population. Detaining people only to release the majority back into the community is similar, as is the demeaning, faceless bureaucracy of the asylum system. In reality, the vast majority of people receiving asylum decisions are being recognised as refugees and therefore being allowed to stay long term. Even those who are refused are rarely removed.

Anyway, have a read and let me know what you think! You can see the original book launch video here, in which the wonderful Satbir Singh from JCWI talks to me about what’s in the book.

The updates from the hardback edition, which was published in June 2020, include additional material on small boat crossings, the flurry of post-Brexit work visas and the government’s plans under the Nationality and Borders Bill, changes to reflect the fact the United Kingdom has now departed from the European Union and a bunch of updated charts and statistics. The changes from the hardback edition aren’t massive but they do bring the book up to date.