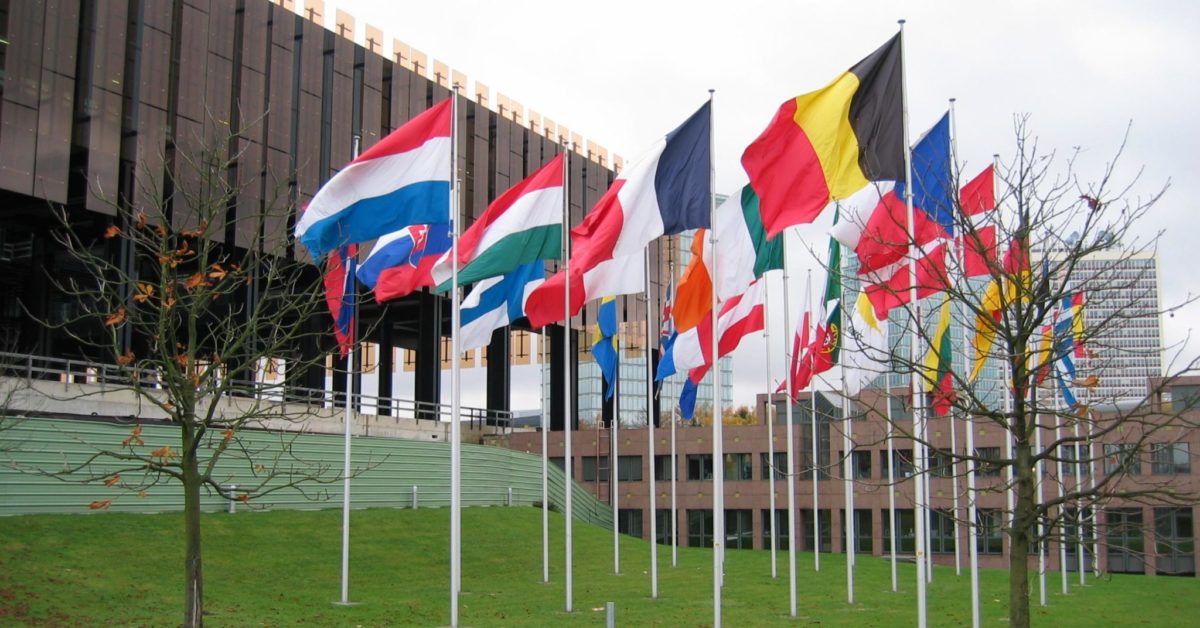 Eligibility for NHS treatment does count as Comprehensive Sickness Insurance, the Court of Justice of the European Union has ruled. The case is C‑247/20 VI v Her Majesty’s Revenue and Customs.

Some rights to reside under EU law always seemed little more than theoretical in the UK, even while it was a member state. If attempting to rely on either the right to reside as a self-sufficient person or as a student — Article 7(1)(b) and (c) of Directive 2004/38, and Regulation 4(1)(c) and (d) of the EEA Regulations 2006 and 2016 – the EU national in question had to show they had “Comprehensive Sickness Insurance” (CSI) for themselves and any family members.

Time and time again, UK tribunals and courts declared that eligibility for NHS treatment did not discharge the CSI requirement. Private health insurance was required, or else complete coverage of health costs from another member state.

As well affecting students and the self-sufficient, this created significant problems for EU nationals with punctuated work histories. Those who became unemployed were typically able to retain “worker” status so long as they met certain conditions, including registering with Jobcentre Plus. But many did not register because they did not want to claim benefits (or had been led to believe that they could not).

But if instead they relied on their own savings while seeking new work, their reward was often a finding that they had lost the chance to retain worker status, creating a status gap and restarting the clock on permanent residence. This could knock out later claims for means-tested benefits – and affect the right to naturalise as British, when such applications were dependent on first obtaining permanent residence.

The judgment in VI upends this settled logic. It comes 16 years after the 2006 regulations took effect (and eight years after Sylvia de Mars clearly spelled out why the UK approach was wrong).

The case was decided post-Brexit because it arose before the end of the transition period. It is the second dramatic preliminary reference made by a Northern Ireland social security tribunal at the urging of Law Centre NI shortly before the transition period ended; the other was C-709/20 CG v Department for Communities, on pre-settled status rights.

Why did it take so long to decide that the NHS counts as CSI?

As a long-standing and thorny issue for EU nationals claiming benefits, repeatedly brought up in domestic courts, it is notable that it has taken until 2022 to get a Court of Justice decision. CSI has been a subject of open dispute at an EU institutional level. The European Commission reached the second stage of an infringement process against the UK on this very question, concluding simply: “This breaches EU law”.

Somewhat astonishingly (albeit in keeping with the rich UK judicial tradition of ignoring preliminary reference duties), British courts and tribunals were content to note that the Commission took a different viewpoint to theirs, and move on. They did not reflect on whether that very difference of opinion meant that the point could not possibly be acte clair (obvious) and therefore whether they should have asked the Court of Justice for a ruling on it.

Even in this case, the key pivotal question was not directly asked – so we should be glad that the judges nevertheless took it upon themselves to address it. The preliminary reference asked three questions:

Conspicuously absent was the question of whether affiliation to the NHS discharged the CSI requirement. But the Court of Justice answered the un-asked question anyway.

What has the Court of Justice eventually said?

VI and her son were affiliated during the period in question… to the United Kingdom’s public sickness insurance system offered free of charge by the National Health Service..

The court found that a member state could theoretically set conditions for EU nationals in this position, such as a requirement to have private insurance before being allowed to register with the NHS, or to have paid into the public sickness insurance system. But the UK had never imposed any such conditions, and the court suggested that it would not have complied with the principle of proportionality to impose such conditions in this case: “It cannot be considered that that affiliation free of charge constitutes, in such circumstances, an unreasonable burden on the public finances of that State”.

What has the impact of CSI been?

It is difficult to get a handle on the scale of wrongdoing that has followed from the UK’s unlawful definition of CSI.

Huge numbers of EEA nationals have been wrongly refused welfare benefits and housing assistance, resulting in destitution, homelessness, and in some cases being forced to leave the UK. A significant number will have been denied the protections against deportation afforded by Directive 2004/38, on the incorrect ground that they were not covered by the directive.

Many students/self-sufficient EU nationals will have unnecessarily purchased expensive private health insurance for themselves and their families, because they were wrongly told they could not have status under the directive if they did not do so. Others will have been wrongly denied student loans.

A great many people will have been wrongly refused permanent residence rights, not only causing massive anxiety and status precarity (especially after the 2016 referendum, when such applications shot up), but also preventing them from acquiring British citizenship. As Colin mentioned on the podcast last week, that is not counting those who will not have even applied for permanent residence or citizenship because they’ve been told the CSI condition rules them out.

It is hard to quantify, but to use a technical legal term, the number of people affected is mind-bogglingly massive. This has been injustice on an industrial scale.

Can EU citizens claim damages for the CSI debacle?

Under Article 89 of the Withdrawal Agreement, this judgment is binding on the UK. Despite Brexit, it does have some (limited) continuing relevance.

Some EU nationals who have applied to the EU Settlement Scheme and are waiting for a decision may now be able to show eligibility for benefits in the meantime, for example by relying on permanent residence status that would not otherwise have been recognized. People with pre-settled status — who, following Fratila, have to show another right to reside in order to claim key benefits — may now have more routes available to that alternative right, e.g. as a self-employed person or student.

More generally, the case raises significant questions about the consequences of a member state systematically infringing the rights of EU nationals for decades, causing substantial financial loss and in some cases huge disruption. In light of Brexit, there is a risk there will be no consequences.

Within the EU, individuals who have been disadvantaged by a state’s infringement of EU law can claim Francovich damages. Schedule 1(4) of the European Union (Withdrawal) Act 2018 expunges the rule in Francovich from domestic law.  But there appears to be a small window in the 2018 Act to allow for new actions for damages — in other words, an exception to the Schedule 1 exclusion.

This is section 39(7) of Schedule 8. It applies where cases are begun within two years from the end of the transition period, and are based on facts that occurred before the end of transition. This suggests that the clock is ticking: while it appears possible to launch new Francovich claims for damages suffered as a result of the UK’s unlawful approach to CSI, so long as the facts on which the claim is based happened before 31 December 2020, and so long as the damages claim begins before 31 December 2022.

This tight deadline and apparent exclusion of actions arising after that date is a problematic anomaly. It does not give much time at all for mobilising claims on the basis of VI. And it would give no time at all to claims that might arise from any other pending Court of Justice decisions in UK cases if not decided by the end of this year. This is in fairly sharp contrast with the UK’s approach while a member state, which placed a six year limitation period on Francovich claims for damages.

Comprehensively getting away with it

In any case, it is a little too easy to assume that the biggest obstacle to a remedy is Brexit. Even when the UK was a member state, systematic infringements of EU law did not exactly trigger an avalanche of Francovich claims.

In Gubeladze [2019] UKSC 31, the Supreme Court found that the worker registration scheme applied to citizens of new EU member states in mostly Eastern Europe was unlawful in its entirety from 2009-2011. This meant that tens of thousands of people had been wrongly refused benefits and/or permanent residence over several years on the basis of not having complied with an unlawful scheme. And… very little happened.

For claimants to understand the implications of a technical legal ruling, self-identify as affected parties, assemble evidence of causation and surmount various administrative, legal and financial obstacles to pursue a case years after the original wrong is a tall order at the best of times. Factor in the shifting of priorities stemming from Brexit, and a reckoning for the UK over CSI seems unlikely to say the least.

This article was amended on 16 March to add more discussion about the possibility of Francovich damages and add a section on groups affected by the CSI issue. 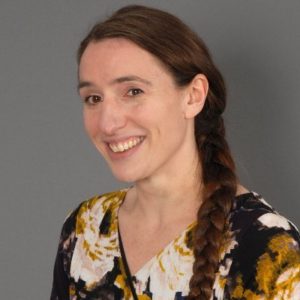 Charlotte O'Brien is a Professor at York Law School, Principal Investigator at the EU Rights and Brexit Hub and the author of Unity in Adversity: EU Citizenship, Social Justice and the Cautionary Tale of the UK (Hart, 2017).