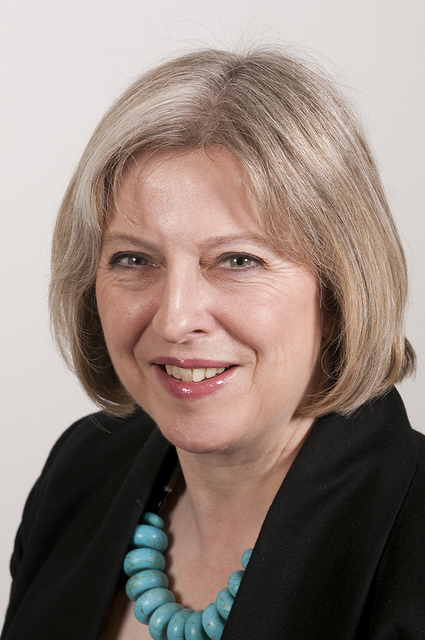 What does Theresa May’s Florence speech mean for EU citizens?

Theresa May exercised her free movement rights with a trip to Florence on Friday to deliver a much-anticipated speech on Brexit. Conciliatory in tone and significant on the question of the ‘divorce bill’, the Prime Minister’s comments also touched on the rights of EU citizens in the UK, and on the future of free movement after Brexit.

On the former, warm words were not accompanied by the practical proposals demanded by EU leaders. On the latter, a Brexit “implementation period” of around two years holds out the prospect of continued free movement until 2021, but questions remain about the operation of EU law during that period.

Citizens’ rights: still no role for the Court of Justice

An important point of divergence between the EU-27 and the UK government has been the role played by the Court of Justice of the European Union. The European Commission says that the CJEU “should have full jurisdiction” to enforce citizens’ rights. By contrast, May has previously called for a Brexit that will “bring an end to the jurisdiction” of that court.

The Prime Minister maintains her resistance to CJEU jurisdiction, but does envisage some indirect influence:

I know there are concerns that over time the rights of EU citizens in the UK and UK citizens overseas will diverge. I want to incorporate our agreement fully into UK law and make sure the UK courts can refer directly to it.

Where there is uncertainty around underlying EU law, I want the UK courts to be able to take into account the judgments of the European Court of Justice with a view to ensuring consistent interpretation.

Is this language on future CJEU judgments new? The issue was listed as unresolved after the last round of negotiations, with the UK still “to consider” the Commission’s proposal that they be taken into account. On the other hand, taking such judgments into account is envisaged by the EU Withdrawal Bill, clause 6(2) of which states:

A court or tribunal need not have regard to anything done on or after exit day by the European Court, another EU entity or the EU but may do so if it considers it appropriate to do so.

That bill was published in July. At most, the government is “making explicit” a concession already made.

It is a concession that falls some way short of the key EU demand for direct CJEU overnight. Answering questions after the speech, May stressed that “it is our legal system that will guarantee those rights into the future” (my emphasis).

The Court of Justice red line, then, is very much intact.

A false dawn on the scope of rights retained

Commentators picked up on another comment in May’s post-speech Q&A:

[UPDATE] @theresa_may wants us to have the SAME rights as we have today, read more : https://t.co/up6F7PCoGQ pic.twitter.com/WwXbfX21bZ

That appeared to be a shift, given that the government’s published proposals do not provide for “the same rights” that EU citizens enjoy at present. However, the Secretary of State for Brexit has already clarified – less charitably, rowed back on – the commitment to keeping all existing rights. Asked specifically about this on 24 September, David Davis said that:

No, in the long run that won’t happen and we have got to get to a situation where British citizens and the three million or so Europeans who are here are on a level standing.

A significant concession to the technical realities of Brexit – albeit one already made by various Cabinet ministers – is a proposed “implementation period” during which free movement would continue.

During the implementation period, people will continue to be able to come and live and work in the UK; but there will be a registration system – an essential preparation for the new regime.

A registration system appears consistent with Directive 2004/38 in principle, although it is not exactly “access to one another’s markets… on current terms” either. As Steve Peers points out, there are significant limits on what the government can require of citizens under a registration system that complies with EU law.

But will it be EU law that applies during the implementation period? One would think so, taking the speech in isolation:

The framework for this strictly time-limited period, which can be agreed under Article 50, would be the existing structure of EU rules and regulations.

But, again, David Davis’s subsequent comments cast doubt on that. When the BBC’s Andrew Marr put it to him that registration “is against European law because it’s discriminatory”, the Brexit Secretary replied:

Well – well actually, one, we’ll be – we’ll be outside the European law by then so this is a question of negotiation and maybe comes under the arbitration we talked about before. But that’s the intention.

Conceivably, the precise nature of the transition proposed on the UK side is yet to be settled within government, as senior and not-so-senior Conservatives push for a more radical departure from the status quo after March 2019.

EU reaction: not a game-changer

Michel Barnier, the European Commission’s chief negotiator, praised the speech as “constructive” overall. On the specifics of citizens’ rights, he added:

These rights must be implemented effectively and safeguarded in the same way in the United Kingdom as in the European Union… Prime Minister May’s statements are a step forward but they must now be translated into a precise negotiating position of the UK government.

Other European leaders reacted along similar lines, praising the tone of the speech while reserving judgement on the practical implications.

French president Emmanuel Macron said that “before we move forward, we want to clarify matters concerning the settlement of European citizens”, while Irish prime minister Leo Varadkar called May’s words a “step in the right direction… but I don’t think it’s enough to say at this stage that it allows us to move on to the next phase of negotiations”.

The constructive tone of this speech is welcome. An “implementation period” makes logistical sense and should guarantee at least some continuity of free movement up to 2021.

But Florence was not a game-changer on citizens’ rights. For progress to be made at this month’s negotiating round, either Team GB is going to have to up its offer, or the EU-27 must give way on the question of enforcement. While uncertainty persists, EU citizens will continue to experience “great worry and anxiety”.

Those, too, are the Prime Minister’s own words.