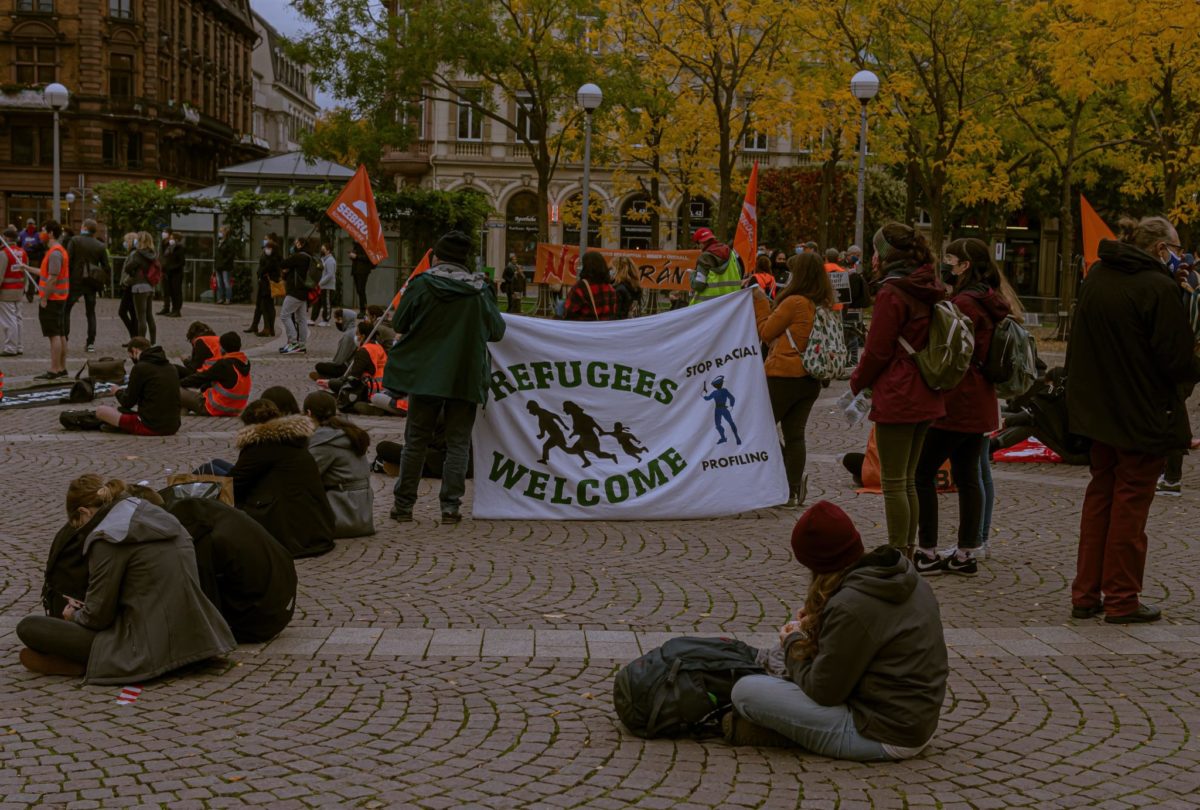 Should refugees who entered the UK illegally be denied British citizenship on good character grounds?

Back in January, the Home Office updated and expanded its guidance on the “good character” requirement in British citizenship applications. One of the big changes in the guidance is the long overdue recognition of the existence of Article 31 of the Refugee Convention. As I’ll explain in this post, Article 31 should — but doesn’t necessarily — prevent the penalisation of refugees who entered the UK illegally years before when they apply for citizenship.

For those that aren’t sure what the “good character” test is, head over to this recent post by Colin and I for a quick refresher.

Why refugees enter the UK illegally

Article 31(1) requires states not to impose penalties on refugees on account of their illegal entry or unauthorised presence in the country:

The Contracting States shall not impose penalties, on account of their illegal entry or presence, on refugees who, coming directly from a territory where their life or freedom was threatened in the sense of article 1, enter or are present in their territory without authorization, provided they present themselves without delay to the authorities and show good cause for their illegal entry or presence.

Article 31 is nothing new; it has existed since 1951, albeit it did take around 50 years to come into domestic legislation as a potential defence to criminal prosecution. In a key case in the development of the law, the High Court in 1999 recognised the importance of Article 31 to modern refugees who face considerable difficulties lawfully entering a country such as the UK to claim asylum:

The need for Article 31 has not diminished. Quite the contrary. Although under the Convention subscribing States must give sanctuary to any refugee who seeks asylum (subject only to removal to a safe third country), they are by no means bound to facilitate his arrival. Rather they strive increasingly to prevent it. The combined effect of visa requirements and carrier’s liability has made it well nigh impossible for refugees to travel to countries of refuge without false documents.

Naturally, many asylum seekers are unable to obtain visas in other categories and will arrive clandestinely, or illegally. Many will be too scared or too ignorant of the law to immediately claim asylum.

So why is this relevant to citizenship applications? The issues really began in 2014 when the then Secretary of State (yes, this is yet another facet of Theresa May’s legacy) massively expanded the “definition” of good character.

I used quotation marks for “definition” because good character as a concept is undefined in legislation. The Secretary of State has discretion to interpret it. Theresa May used that discretion to require caseworkers to delve ten years back into a would-be citizen’s past in order to determine whether that person had committed any immigration offences during that time. The evolution of this policy is covered here.

The problem with that policy was that there was no proper recognition that a refugee may have had to enter the UK illegally in order to claim asylum, but having subsequently done so, ought not to be penalised for that by virtue of Article 31. There was a Ministerial letter Colin highlighted on the blog in 2015, but this was little known by Home Office caseworkers and refugee citizenship applicants alike.

For the first time, it has now been expressly recognised in the official good character guidance that some people who sought refuge may well have entered the UK illegally but may also be afforded some leeway in the good character assessment on account of their subsequent recognition as a refugee.

The good character guidance on Article 31

Home Office officials are now told that in deciding whether someone is of good character and can be granted citizenship, refugees can be turned down for illegal entry but that the decision-maker must “take into account” Article 31.

There are two important elements to an Article 31 consideration: “coming directly from a territory where their life or freedom was threatened”, and presenting “without delay” to the authorities.

The guidance looks at “without delay” first, and interprets delay as anything above a four week period:

As a guide it is not unreasonable to expect that a person who enters the UK illegally, with the intention of claiming asylum, should claim asylum within 4 weeks of arrival. An applicant who, having entered illegally, delayed claiming asylum beyond this period will normally be refused citizenship unless there is a reasonable explanation for the delay.

God forbid a refugee from a foreign country with no knowledge of immigration laws takes longer than four weeks to understand what an asylum claim is and how to register it. There is some flexibility in the language there, but the default is clearly to refuse if there was a delay of over four weeks in applying for asylum. Call me cynical, but experience suggests caseworkers will likely treat that four week period as a red line.

Next the guidance looks at whether the person came to the UK “directly”:

Refugees who arrived at the UK via other safe countries will also be penalised and failure to claim asylum in another safe country will be a factor to consider alongside others that may cast doubt on an applicant’s good character.

God forbid a refugee has to cross another safe country to reach our island to join family or friends. Simon Brown LJ also considered this point in the case mentioned earlier, siding against the government:

some element of choice is indeed open to refugees as to where they may properly claim asylum. I conclude that any merely short term stopover en route to such intended sanctuary cannot forfeit the protection of the Article, and that the main touchstones by which exclusion from protection should be judged are the length of stay in the intermediate country, the reasons for delaying there (even a substantial delay in an unsafe third country would be reasonable were the time spent trying to acquire the means of travelling on), and whether or not the refugee sought or found there protection de jure or de facto from the persecution they were fleeing.

The above paragraph shows the type of nuanced considerations that should take place on a case by case basis. The Home Office’s new guidance strips all nuance from the consideration and states that those who arrived via a safe country will be penalised. Again, call me cynical, but I suspect travel via a safe third country may be used as a standalone reason for citizenship being refused.

The guidance contains no mention at all of another Refugee Convention article that one would expect to be relevant. Article 34 says that “The Contracting States shall as far as possible facilitate the assimilation and naturalization of refugees. They shall in particular make every effort to expedite naturalization proceedings and to reduce as far as possible the charges and costs of such proceedings”. Hitting refugees with good character refusals for illegal entry is not exactly in the spirit of this provision. This may well be an interesting avenue to consider in any future challenges.

Informing nationality caseworkers (many of whom may have little to no working knowledge of refugee law) of the existence of Article 31 is certainly a welcome move by the Home Office. But the guidance in its current form is extremely reductive, limiting information to barely a few paragraphs. Contrast this with, for example, the wonderfully detailed 169-page Crown Office and Procurator Fiscal Service guidance for prosecutors weighing up an illegal entry offence, and you will see what I mean about it being reductive.

These cases should really be approached on an individual basis and there can be no one-size-fits-all policy. Each asylum claim and asylum journey will have its own set of unique facts and circumstances.

Anyone making an application for naturalisation in reliance upon the Article 31 provisions should be wary and should expect a restrictive interpretation from the decision-maker. It would certainly be prudent for a lawyer advising on the application to find out as much as possible about the circumstances in which the person arrived in the UK and claimed asylum, and then see how that might fit against the Home Office’s brief guidance on the matter. It may be necessary to make representations on this, supported by evidence where possible. It will be interesting to see how the Home Office will apply this guidance in practice.