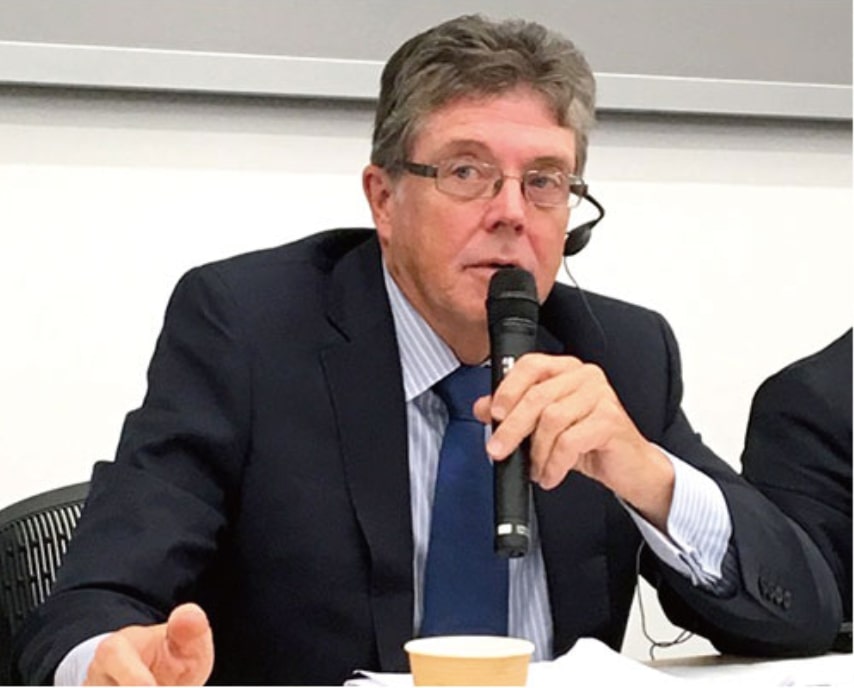 Hugo Storey had his last day as a judge on 30 September, having reached the statutory retirement age of 75.

The established place the Upper Tribunal now has in the UK judicial system and its high reputation abroad owes much to Hugo’s pioneering role.

Prior to becoming an immigration adjudicator in 1990, Hugo was a legal clerk for Michael Mansfield in a number of high-profile trials. He was involved in the early days of the law centre movement, setting up Leeds’ first law centre, Harehills and Chapeltown, in 1978 (successfully taking several cases to the Strasbourg court).

He learnt the immigration law trade on a placement with Ian Martin and other pioneers at JCWI in 1980 and subsequently served on its executive committee when first Anne Owers and then Fiona Mactaggart were directors. He joined the Immigration Law Practitioners’ Association and gave some of the earliest lectures for practitioners on Article 8 of the European Convention on Human Rights. Hugo was also a law lecturer at Leeds Polytechnic and then Leeds University.

Hugo joined the tribunal system in the 1990s, before immigration adjudicator functions were transferred to the Lord Chancellor’s Department — the system was still overseen by the Home Office. Adjudicators were having to deal for the first time with asylum appeals and the “incoming tide” of EU law and human rights law. His background as a law academic specialising in international law, EU law and human rights law quickly saw him being regularly called upon to assist at judicial and practitioner training events. After the Human Rights Act was passed in 1998, Hugo was among a team of judges tasked by the Lord Chief Justice with running nationwide judicial seminars. Within the immigration appeal system, he was given the task of leading training for adjudicators on the Human Rights Act.

In 2000, Hugo was the first judge to be appointed under revamped “academic route” qualification criteria, to the Immigration Appeal Tribunal under the presidency of Sir Andrew Collins. The change to the 1999 law enabling that is still referred to as the “Storey amendment”. Under the subsequent presidency of Sir Duncan Ouseley, he was the originator of the tribunal’s country guidance system and went on to refine its methodology in numerous “CG” cases. That those country guidance cases came to be regularly cited with approval by, among others, the European Court of Human Rights, owes much to Hugo’s input.

Hugo Storey has made a singular contribution to refugee and immigration law jurisprudence.

His very early case on Article 8, Nhundu and Chiwera [2001] UKIAT 613, which advocated a structured approach, became a stock-in-trade citation in pleadings for many years. When the Court of Appeal and the tribunals were at the early stages of wrestling with the Refugee Convention, Hugo’s cases on subjects such as the internal flight alternative, military service and political opinion and a human rights approach played an influential role (see e.g. Krotov).

Together with Geoffrey Care, Hugo ran the first joint ILPA-IARLJ seminar on “The human rights approach to the Refugee Convention”. He managed the rare feat of being cited with approval by the House of Lords/Supreme Court both in an academic capacity (Januzi [2006] UKHL 5) and in a judicial capacity (RT (Zimbabwe) [2012] UKSC 38). When occasionally overturned, he usually received praise for his forensic skills (e.g. MF (Nigeria) [2013] EWCA Civ 1192).

Work on the Upper Tribunal

Within the Upper Tribunal, his roles over the years have included serving on the Reporting Committee (including being its chair for two years), giving regular training talks, and (with Peter Lane and others) preparing the tribunal for its new role in dealing with judicial review cases. For him the success of the Upper Tribunal has always been down to its strongly collegiate structure, enabling judges to work together as a team.

He made several references from the AIT/Upper Tribunal to the Court of Justice of the European Union, resulting in important judgments governing free movement. His last two references have been on asylum law: one, C-255/19 O.A., in which CJEU judgement is imminent and the other, in August this year, on Palestinian refugees under Article 12(1)(a) of the Qualification Directive, whilst sitting in the First-tier Tribunal (to which he had sought assignment when Upper Tribunal work for fee-paid judges dried up).

Mindful of the complexity of legal issues tribunal judges have to tackle in immigration and asylum cases, Hugo could never understand why the tribunal system should be regarded as inferior to the court system. Once the Upper Tribunal was established as a “superior court of record” by the Tribunals, Courts and Enforcement Act 2007, he was among the first to campaign for the creation of a “section 9” deputy High Court judge route from the tribunal judiciary, which is now well-established.

Hugo did much to put the Upper Tribunal and its previous incarnations on the map in Europe and internationally. He has been cited with approval in either an academic or judicial capacity by a number of foreign courts, including the European Court of Human Rights (Sufi and Elmi v UK), the Australian High Court and the German Supreme Administrative Court.

Hugo’s background in international law led him to become a fervent advocate of “horizontal judicial dialogue”. Along with Geoffrey Care, the late Sir John Laws and others, he was one of the founders in the early 1990s of the International Association of Refugee Law Judges (IARLJ; now the IARMJ) and also instituted its Working Party mechanism. He served as president of the European Chapter from 2013-2018 and at the last world conference in Costa Rica, he was made an honorary life member for his services to the association. He was the animus spiritus of the biannual “tripartite roundtable” process which (with the support of then Upper Tribunal President Nicholas Blake) was set up in 2012 to bring together judges of the CJEU, ECtHR and specialist national judges in asylum law.

Hugo regarded the introduction of the Common European Asylum System (CEAS) as a pivotal moment for courts and tribunals in Europe. It meant for the first time they had to apply the same asylum law through the Qualification Directive and other instruments. In conjunction with UK colleagues (including Sedley LJ and Lord Carnwath) and continental colleagues, he initiated a programme of workshops and seminars in Berlin and elsewhere.

When the EU created EASO (the European Asylum Support Agency) in 2011, Hugo became the UK judiciary’s main point of contact. His efforts through IARLJ were instrumental in the EU Commission and EASO deciding to contract that organisation to produce common judicial training materials on asylum law. With Hugo as the head of a transnational team of judges, IARLJ developed a series of Judicial Analysis publications dealing with the core topics of EU asylum law, Qualification for International Protection, Asylum Procedures, Evidence and Credibility Assessment and Introduction to the CEAS (the latest Judicial Analysis on Vulnerability is due to be published very shortly). These publications have become the core of the EASO training programme for members of courts and tribunals throughout EU member states. He piloted each of the first transnational training workshops in Malta based on these materials.  The various Judicial Analysis publications are now also in widespread daily use by judges throughout Europe as reference manuals. He continues to head a new project with EASO aimed at producing further materials and updating existing ones.

Life after the bench

Hugo plans to continue being active in the IARMJ. Already, during lockdown, he piloted (with Julian Philips and Mark Symes) virtual judicial seminars at the IARMJ on the subject of sur place claims. Wearing his academic hat, Hugo has published widely in the field of refugee and human rights law. He is currently nearing completion of his book for Oxford University Press on The Refugee Definition in International Law, due to be published in summer 2021. Having begun his legal career as a practitioner, Hugo has also agreed to help with the training of law students at a new University of London refugee legal clinic (where he is a currently a Visiting Research Fellow).