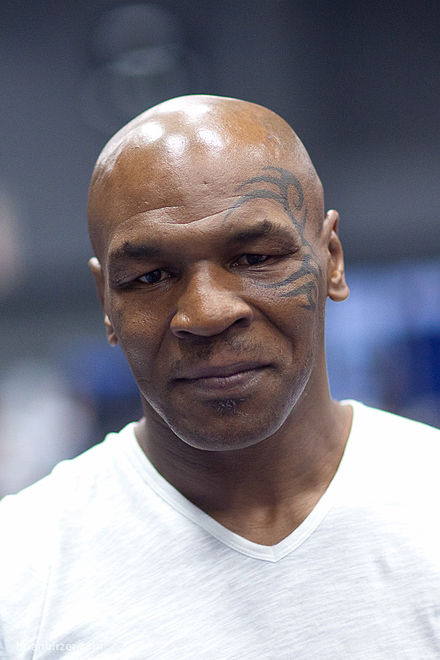 Mike Tyson refusal: what are the rules on previous convictions?

Mike Tyson has just been refused entry to the UK because of his previous conviction for rape (The Bookseller, The Guardian, BBC). He was due to promote his new book but his agents were unaware of the change to immigration rules, which occurred quietly in December 2012.

I thought it might be worth highlighting the rules themselves and the rather curious and revealing policy behind them. After all, many people are convicted of criminal offences, including some people later revered, who redeem themselves in some way or who are convicted in dubious or exceptional circumstances. Blanket rules by their nature can cause individual hardship and injustice.

My cartoon – Nelson #Mandela would have been refused entry into our country #r4Today pic.twitter.com/mGENsEJbek

The relevant rule is at paragraph 320(2) of the Immigration Rules, which provides that an application must be refused if:

the person seeking entry to the United Kingdom:

(a) is currently the subject of a deportation order; or

(b) has been convicted of an offence for which they have been sentenced to a period of imprisonment of at least 4 years; or

(c) has been convicted of an offence for which they have been sentenced to a period of imprisonment of at least 12 months but less than 4 years, unless a period of 10 years has passed since the end of the sentence; or

(d) has been convicted of an offence for which they have been sentenced to a period of imprisonment of less than 12 months, unless a period of 5 years has passed since the end of the sentence.

Where this paragraph applies, unless refusal would be contrary to the Human Rights Convention or the Convention and Protocol Relating to the Status of Refugees, it will only be in exceptional circumstances that the public interest in maintaining refusal will be outweighed by compelling factors.

It is rule 320(2)(b) that applies to Mr Tyson’s case, it would seem. His conviction was in 1992 for rape and he served three years of a six year sentence. That was some twenty years ago now but there is no provision in the UK immigration rules for a conviction to become ‘spent’. Nor is it relevant what age or in what circumstances the offence was committed.

However, there is some policy guidance addressed to individual immigration officers tucked away on the UK Border Agency website (the UK Border Agency no longer exists but the website has not been updated). This is well hidden in the obscure and impenetrable modernised guidance section of the site in the General grounds for refusal document. The interesting bit is this:

Exceptions will fall into one of the following three categories:

This means a situation where refusal would be unjustifiably harsh. A person who is convicted of a criminal offence and sentenced to imprisonment, regardless of whether this is in the UK or elsewhere, must be aware it can affect their ability to gain entry to other countries. Therefore, it would take compelling factors to grant entry clearance or leave to enter when they would otherwise be refused.

However, your starting point in these cases is the person will be refused. The circumstances that justify entry must be compelling. The longer the custodial sentence imposed and the less time that has passed since the person was convicted, the more compelling a person’s case would need to be.

Offences not recognised in the UK

Where the person was penalised for a criminal offence which is not recognised in the UK, you must treat this as an exception to the rule rather than the existence of exceptional circumstances. For more information, see related link: Other types of conviction, section headed – Convictions outside of the UK.

The section on convictions outside the UK is at page 68 and is quite short:

Convictions outside of the UK

You must only take account of the sentence imposed and not seek to identify what are the comparable offences in the UK.

However, a person may have a sentence for an act which would not constitute a criminal offence in UK, for example, homosexuality or proselytising (to convert someone from one religious faith to another). Such an offence should be treated as an exception.

So, Mr Tyson would have a good case to challenge his exclusion from the UK if either ‘the passage of time or the personal circumstances of the person have significantly changed such that maintaining a refusal would be so perverse as to undermine confidence in the immigration system’ or he ‘intends to make a significant investment in the UK’.

Laurie Penny recently wrote in The New Statesman that

While the Home Office launches a special “fast-track” service for foreign business leaders wanting to come to the UK, asylum seekers and persecuted activists are treated with contempt.

With further changes just this week to make visas free for citizens of certain rich Middle Eastern countries, wealth above any other potential measure of merit is increasingly the determinant of migration rights to the UK.