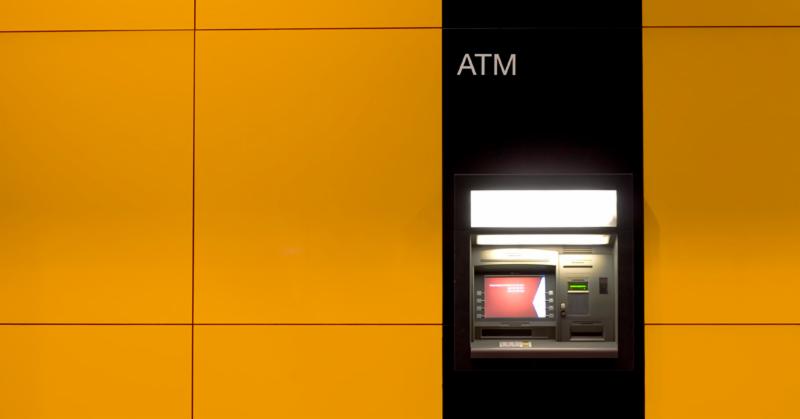 An immigration lawyer has been struck off not long after being released from prison for defrauding the Legal Aid Agency of up to £5 million.

A disciplinary tribunal found that Astrid Halberstadt-Twum was guilty of “deliberate, calculated and repeated” misconduct in siphoning off what the government says is around £4.75 million for fake immigration cases.

Halberstadt-Twum and her husband Joseph Twum, who ran Cleveland & Co Solicitors, were both convicted of fraud in July 2018. The scam reportedly involved making up immigration or asylum cases and claiming legal aid for working on them; thousands of files submitted to the Legal Aid Agency turned out to be bogus.

The agency says that the amount involved was around £4 million, plus another £750,000 in overpayments. With interest, the total allegedly owed is almost £7 million.

The decision to strike off Ms Halberstadt-Twum, and to ban Mr Twum from working for a law firm without permission, was taken by the Solicitors Disciplinary Tribunal last month. But thanks to some questionable decisions by the investigating authorities, the case has been in the works for around seven years.

Investigated by the Legal Aid Agency

Ms Halberstadt-Twum, 57, is originally from Germany and qualified as a solicitor here in 2000. She was the owner and sole director of Cleveland & Co Solicitors, which had a contract with the Legal Aid Agency, and employed her husband as the firm’s practice manager and compliance officer. Cleveland & Co made legal aid claims for over 18,000 immigration and asylum cases between 2000 and 2013, according to a judgment of the Court of Appeal (on which more later).

A comprehensive and FREE guide to the OISC system of regulation and legal ethics aimed at OISC Level 1 advisers, with top tips on examination technique. Tells you everything you need to know about getting registered at OISC Level 1.

In February 2013, the Legal Aid Agency noticed “anomalies” in Cleveland’s claims and asked to review 50 files. The agency’s suspicions were aroused by the fact that these 50 claims were “for individuals with the same names but slightly differing dates of birth and post codes”.

The files were produced in June that year. At that point, “the LAA auditor immediately noticed what were said to be irregularities and it appeared from checks with the Home Office that sample names were false”.

The Legal Aid Agency launched an official investigation into Cleveland & Co in November 2013. But it severely complicated matters by teaming up not with the police, but with the fraud investigation department of Thurrock Council.

Prosecuted by Thurrock Council, as you do

Cleveland & Co was based in London, not Thurrock. The Essex council had next to no direct interest in the investigation. What it had was a high-powered fraud investigation team set up, it appears, with a view to selling its services to other parts of the public sector to offset central government funding cuts.

The head of that team, David Kleinberg, had given a presentation early in 2013 which was attended by the Legal Aid Agency’s Head of Counter Fraud and Investigations, Laura Eshelby. When the Cleveland & Co case came across Eshelby’s desk, she approached Kleinberg’s team for help, agreeing to split any money recovered with the council or pay it an hourly rate for its work.

The agency did speak to the City of London and Metropolitan Police about the investigation. It claimed that the police declined to take the case “due to a lack of resource”. But the Court of Appeal found that the approaches to the police were “half-hearted and at a low level”. By contrast, the agency appears to have been gung-ho for its unorthodox tie-up with Thurrock. Officials from both organisations made site visits to Cleveland & Co in November 2013 and had Halberstadt-Twum and Twum arrested the following January.

The “pioneering partnership” ultimately extended to Thurrock actually prosecuting the case, using claimed powers under section 222 of the Local Government Act 1972. But it was not until July 2016 that the prosecution commenced. The prosector was Thurrock Council’s head of legal services, acting on the advice of counsel. It “did not occur to her” to refer the matter to the Crown Prosecution Service, which has rather more experience in criminal prosecutions.

The whole affair wound up in front of the Court of Appeal after Halberstadt-Twum and Twum challenged the council’s involvement in the prosecution. In a judgment delivered in April 2017, the court found that Thurrock had no power to prosecute under section 222. It also expressed “significant concerns as to the events giving rise to the prosecution by the Council of such a significant case that was in no way related to Thurrock and contrary to generally accepted national prosecution policy”.

Convicted after real prosecutors took over

The Crown Prosecution Service took over the case in July 2017. With normality restored, Halberstadt-Twum and Twum were both convicted of conspiracy to defraud the Legal Aid Agency and perverting the course of justice. (The indomitable local authority issued a press release headlined “Solicitors jailed thanks to Thurrock Council-led investigation”.)

Ms Halberstadt-Twum was sentenced to three years’ imprisonment and released from prison in August 2019. Mr Twum received a slightly lighter sentence and got out in June.

That same month, the High Court granted an order freezing the couple’s assets. This arose out of a civil claim by the government attempting to recover the money. The order does not appear to be in the public domain, but according to a report over on Legal Futures Mr Justice Kerr described the fraud as follows:

The alleged work in those cases relate to case files in immigration and asylum matters where the clients of Cleveland & Co have, after a search, not been identified by the Home Office as ever having applied for any immigration or asylum status.

That conclusion was reached after conducting investigations of over 9,000 files. Those investigations produced ‘no match’ in approximately 5,000 of those 9,000 case files.

The amount involved is reportedly £4 million for totally non-existent cases, plus £758,000 in overpayments. With interest, the total civil claim is for around £6.85 million, again according to Legal Futures.

Banned from the legal profession

The Solicitors Regulation Authority made a closure order in respect of Cleveland & Co in September 2019, although it had long since ceased trading. It also brought a case to the Solicitors Disciplinary Tribunal, which was heard in November.

Neither respondent attended, but Ms Halberstadt-Twum had told the tribunal in earlier correspondence that “there was no evidence of any wrongdoing on her side, and nor was there any encouragement to illegal/unlawful actions. She considered that she had been unjustly treated, prosecuted, convicted and imprisoned”. Mr Twum claimed that the allegations were a “concerted plan” by the Legal Aid Agency to bring down the firm.

The tribunal struck off Ms Halberstadt-Twum, saying that her misconduct had been “deliberate, calculated and repeated” and “continued over a period of time”. It noted that

The vast majority of Legal Aid practitioners were hard working, and received limited financial remuneration for the hours worked because of the constraints on the availability of Legal Aid. When one of their number acted as the First Respondent had, this reflected badly on them as a cohort of practitioners, and harmed their reputation and public confidence.

The panel added that “the Legal Aid system runs on trust, and is vulnerable to exploitation by unscrupulous people”.

Mr Twum was given a section 43 control order, meaning that he cannot work for any law firm without permission from the regulator. The pair must also pay £3,852 in costs.