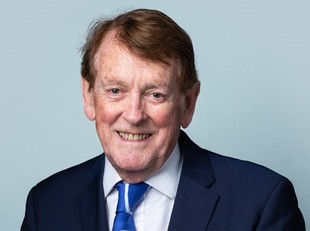 Recent accounts of Ian’s life have brought more detail of his early years and his robust defence tactics at trial such as those of the Mangrove defendants. Whilst those paying tribute have acknowledged him as the father of British immigration law, little further information has been given about how he achieved that title.

Before 1962 there was no immigration law in the United Kingdom. Commonwealth nationals were either citizens of either the United Kingdom and Colonies or the independent states. They enjoyed a common status of British subject and a common law right of entry into and residence within the mother country, the United Kingdom. Other nationals were aliens and had no rights at all. Their position was graphically summarised in the words of Lord Justice Widgery (as he then was) giving a concurring judgment in the case of Schmidt in 1968:

when an alien approaching this country is refused leave to land, he has no right capable of being infringed in such a way as to enable him to come to this Court for the purpose of assistance… In such a situation the alien’s desire to land can be rejected for good reason or bad, for sensible reason or fanciful or for no reason at all. In my judgment if a reason is given, that reason is wholly irrelevant to the right of the complainant, for the reason that I have given, that he has no such right for which he can claim protection.

The period from 1962 to 1973 when Ian first began to ply his trade witnessed the beginnings of the present system of immigration control. Restrictions were placed on the rights of Commonwealth nationals in 1962, and again in 1968 with the overtly racial discrimination against UK citizens of Asian origin facing expulsion from East Africa. The brave new world of patriality was created by the Immigration Act 1971, finally abolishing the common law right of entry for those without ancestral connection with or previous residence in the United Kingdom. For aliens, however, the new regime gave rights of appeal against all manner of decisions and a right to have decisions governed by published statements of policy in the form of Immigration Rules.

One area of legal struggle was against the notion of illegal entry by deception. This enabled immigration officials to bypass the due process afforded in those days in a deportation by simply having reasonable grounds for concluding that a past grant of indefinite leave to remain had been obtained by words or conduct, express or implied, that amounted to deception. Such decisions could only be challenged with leave by way of judicial review obtained in an oral hearing before a full Divisional Court presided over by the Lord Chief Justice, by then Lord Widgery, or his deputy.

In 1984 in the case of Khawaja, in a judgment delivered by Lord Scarman, the House of Lords reversed a recent adverse decision in Zamir, and required the state to prove deception as a jurisdictional fact to a high civil standard. Lord Scarman was the senior judge to whom Home Secretaries turned when there was a need to listen and reform. In 1975 he had been called on to preside over an inquiry into the death of Kevin Gately at the hands of the Special Patrol Group during disorder in Red Lion Square and more famously in 1981 to investigate the causes of the widespread disturbances in Brixton that year.

The first edition of Ian’s celebrated book Immigration Law and Practice came out in 1983, after the Brixton disturbances but before the decision in Khawaja. It detailed the grievances felt by the Windrush generation and their children at the loss of their rights and their experience of arbitrary administrative decision-making with no adequate redress. He was critical of the jurisprudence of the then Immigration Appeal Tribunal that used to sit in Thanet House opposite the Royal Courts of Justice. It was often staffed by former colonial judges and officials whose services were no longer needed in Africa and elsewhere.

As one reviewer said at the time, a book on immigration law should make the reader angry and Ian did not disappoint. This edition contained his celebrated flourish “Thanet House fiddles whilst Brixton burns”, making the point that the courts were not recognising the grievances of the black community. This did not endear him to the judiciary. Shortly after its publication I appeared before the President of the IAT and cited a reference in Macdonald, eliciting the response “he is not dead is he?” This was a reference to the old rule that a textbook by a living author should not be cited in common law proceedings.

The cases we argued at this time were mainly cases of Commonwealth citizens who had problems achieving family reunion. Bangladeshi men who had migrated to the UK when unmarried but had unwisely claimed a wife for a better tax rating then found it difficult to bring in a real spouse and dependent children even after the tax fraud had been admitted. Jamaican women who had left a child with their grandmother whilst they established themselves here faced difficulty in showing that responsibility for the child was exclusive to the settled parent rather than shared with others so that exclusion was undesirable.

We did not realise it, but these were arguments about the welfare of the child as a paramount consideration long before the UN Convention on the Rights of the Child became an accepted standard for decision-making. The regime of the rules was especially tough on unmarried children over 18 and on aged relatives. They contrasted with the much more generous provisions for the admission of the dependants of EU workers.

Another contrast between the rules for EU nationals and others related to deportation on the grounds of public good. Although the Immigration Rules did require an overall assessment to be made by the immigration judge of the strength of the public interest in deporting against compassionate and other relevant factors, there was no rule that deportation for middle ranking offenders should be confined to those who were recidivists or had otherwise shown themselves to represent a present threat to public policy. Rejecting Ian’s arguments to the contrary, the Court of Appeal in Florent concluded that risk of reoffending was of only marginal relevance when deciding whether deportation was in the public interest by its effect in deterring others, a consideration that was expressly prohibited in EU law.

One of Ian’s notable victories in the House of Lords was in the case of Bakhtaur Singh, a talented Sikh musician who had not been granted an extension of stay and was facing deportation. Lord Bridge in the House of Lords agreed that the loss of the musician’s services to the community that benefitted from them was a relevant consideration within the meaning of the Rules. It could thus be weighed against the presumption that people with no leave to remain should be removed.

My first immigration cases were returns from Ian’s busy practice. The experience gained both founded my own subsequent career in human rights, asylum and free movement law, and led me to work on the second, third and fourth editions of his book for ten years from 1987. The subsequent editions were different in tone from the first, whilst seeking to keep the memory alive of the struggles of Commonwealth nationals of the previous era. Many “related as claimed” cases had ceased to be contested with the introduction in 1985 of DNA tests, proving that most dependents were indeed related as claimed.

We now needed to write about the jurisdiction of the tribunal in refugee cases, whether the law included reference to the developing standards of human rights law, and what EU law meant particularly for the non-national family members of EU citizens. By the time of the third edition the text had been reorganised in numbered paragraphs and was being cited by the senior judiciary in their judgments without any inquiry as to whether Ian — or indeed myself when I became an accredited co-author — were still alive.

This is the role the work plays today with its tenth edition in preparation, although the law has been radically reshaped since the 1980s and rights of appeal steadily eroded, reversing the expectation of liberals that things get better albeit gradually. By the time of his death, the referendum result meant that the UK was on a path to leave the EU. So ends the post-colonial experience of people who are not British citizens having rights to enter without formality, to work, settle and be joined by dependant relatives, with such rights being fundamental and unable to be restricted or curtailed by national policy or administrative discretion.

Appearing in the Luxembourg Court is a very different experience from engaging with a jury or making a lengthy speech to an appeal judge. Ian’s first experience of it was when we appeared together in the joined cases of Radiom and Shingara. These cases were concerned with whether an Irish citizen of Iranian origin or a French Sikh, who were both subject to exclusion on national security grounds, had a right to an appeal hearing that the exclusion order should be revoked on the grounds of changed circumstances and the passage of time.

Despite my prior warning that he would need to confine his oral remarks to the 15 minutes allotted by the court, the President switched off Ian’s microphone before he had really started getting going. We did win the point of principle, however, and this along with the Chahal case in Strasbourg was one of the drivers for the Special Immigration Appeals Act 1997 that introduced special advocates into UK law.

Originally, this departure from the principles of open justice was designed to ensued that people facing deportation on national security grounds had a right of appeal at all, and during it had some means of probing the security case against them by an advocate representing their interests even though unable to disclose the case against them. Ian’s resignation from this role came after the UK purported to derogate from Article 5 of the European Convention on Human Rights and provide for indefinite detention for those who could not be deported as they faced a real risk of being tortured on expulsion.

Ian’s empathy with and commitment to the struggles of the black community led to a body of rules and case law bringing international principle to bear on national practice within the context of a rules-based system of international practice, and a core practitioners’ textbook that founds the recognition of his paternity for this whole body of law designed to counterbalance the prerogative powers of the state. As we move into a new political era, other voices are now heard more loudly, and after EU law the whole of the rules-based system to afford respect for private and family life is now under threat.

Written by Sir Nicholas Blake QC and shared by him with members of Garden Court Chambers, reproduced here with permission.