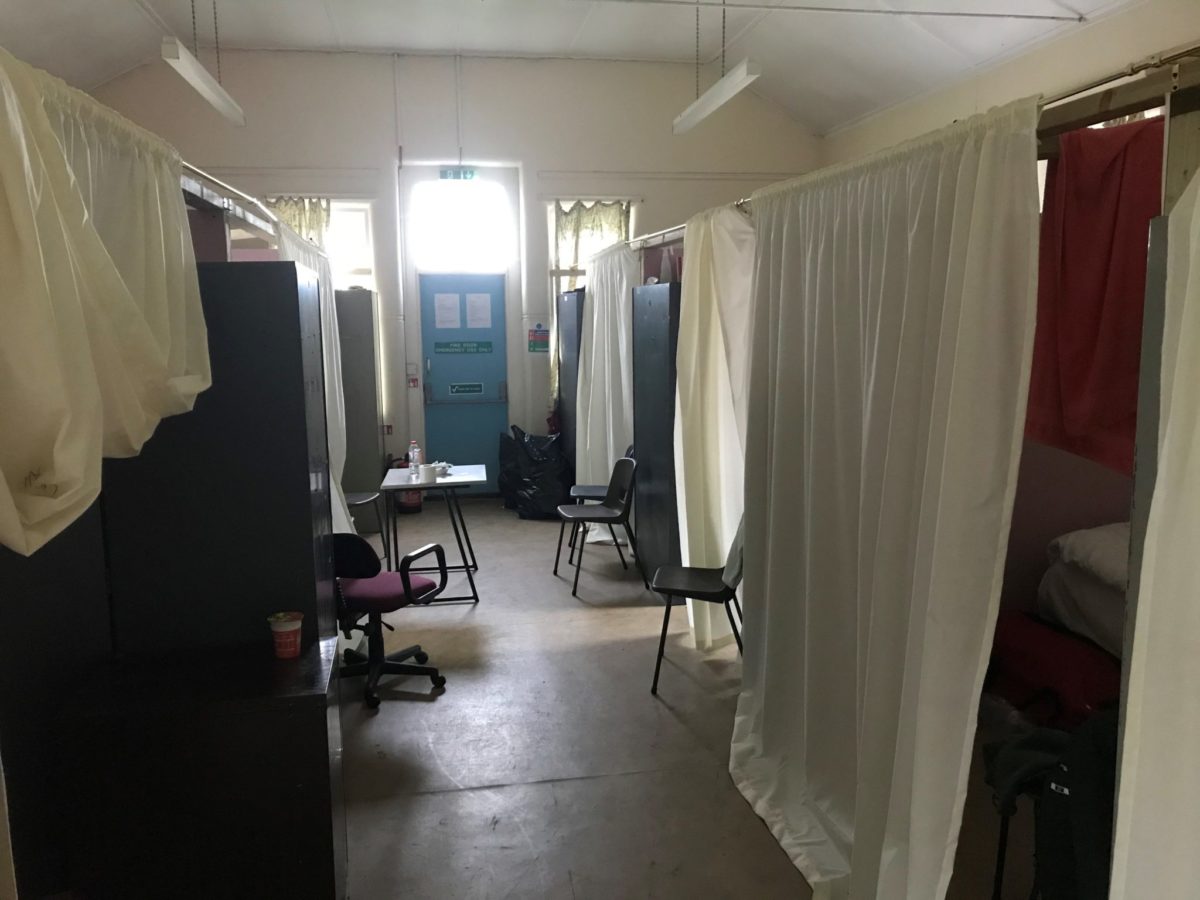 The High Court has condemned the treatment of asylum seekers crammed into a former military barracks in Kent. In a judgment laying bare the vile conditions at Napier barracks, Mr Justice Linden found that the site did not meet minimum legal standards for asylum accommodation; nor did the process for selecting those robust enough to cope with living there; and that the six claimants had been falsely imprisoned during the “inevitable” COVID-19 outbreak.

The judge stopped short of saying that the barracks could never be used as asylum accommodation, but noted that “significant improvements” would be needed to bring it up to code. The 385-paragraph judgment is R (NB & Ors) v Secretary of State for the Home Department [2021] EWHC 1489 (Admin), published today.

Jennifer Blair of the Helen Bamber Foundation said “It is outstanding that the claimants in this case have now received justice, but the camp needs to be closed to protect the hundreds of people forced to live there at the moment”.

Napier is a converted army barracks near Folkestone which has been used to house hundreds of asylum seekers, sleeping 12-14 to a dormitory, since September 2020. The site is “enclosed by a perimeter fence topped with barbed wire, access to which is through padlocked gates guarded by uniformed security personnel”. This is, bear in mind, not a detention centre for failed asylum seekers about to be removed from the UK; it is medium-term accommodation for those awaiting a decision on their asylum claim.

By the end of January 2021, there had been major outbreaks of COVID-19, fire and rioting. Claimant NB, from Eritrea, described the camp “as feeling ‘like a warzone’ at this point, with security guards and riot police keeping order”.

NB and the other five claimants had all been kept at the barracks for months despite evidence of their experiencing “people trafficking and/or torture prior to their arrival in the United Kingdom”. The Home Office transferred them out after legal action commenced, but the six pressed for damages for breach of their human rights, and declarations on the general suitability of the barracks as asylum accommodation.

This is one of those judgments that hints at its outcome early on. Mr Justice Linden’s opening summary notes “on the evidence, it was inevitable that there would be a major outbreak of Covid-19 infections at the Barracks” and mentions several different independent reports castigating conditions at the site.

One report in particular carried “considerable weight” with the court. The independent Chief Inspectors of both prisons and immigration — HMCIP and ICIBI, in the jargon — visited Napier in February and March 2021. The inspectors were so alarmed that they took the highly usual step of publishing emergency interim conclusions; the full report dated 21 March has not yet been made public, but was available to the court. The Home Office also sent a copy to the claimants’ solicitors at 5.04pm the evening before the hearing.

The judgment goes into the department’s internal discussions about the suitability of Napier in some detail. The guiding hand was that of Priti Patel: civil servants were given a “very clear steer to eliminate the use of hotels for contingency accommodation”. But having decided that barracks were the way forward, advice from public health and fire safety officials was effectively ignored. Linden J writes:

The “bottom line” is that the arrangements at the Barracks were contrary to the advice of [Public Health England] and did not even implement key aspects of the risk mitigation measures which the Defendant herself apparently regarded as desirable and feasible. The precautions which were taken were completely inadequate to prevent the spread of Covid-19 infection, and there was no real dispute before me that the outbreak which occurred in mid-January 2021 was inevitable.

And on fire safety:

… whatever improvements may have been made after 24 November 2020, from their arrival at the Barracks until at least that date the accommodation provided to the relevant Claimants exposed them to an unacceptable fire risk.

The judge also criticises civil servants for their apparent lack of interest in what was going on at Napier under the outsourcing company in charge (Clearsprings). The responsible officials either did not visit the site at all or did so late in the day. Perhaps because of that lack of grip, “significant aspects of the evidence of the Defendant’s witnesses were vague and/or not explained”.

Given that the same witnesses “found it difficult to defend aspects of the decisions which were taken”, particularly on health and safety, it is perhaps no surprise that the Home Office lost the case on multiple grounds.

The claimants’ first argument was based on section 96 of the Immigration and Asylum Act 1999: asylum accommodation must be “adequate to the needs” of the asylum seekers staying there. This is complemented by the EU Reception Conditions Directive, still in force post-Brexit. Article 13 says that accommodation must “ensure a standard of living adequate for the health of applicants”.

Linden J found that Napier barracks did not meet these standards during the relevant period:

Whether on the basis of the issues of Covid or fire safety taken in isolation, or looking at the cumulative effect of the decision making about, and the conditions in, the Barracks, I do not accept that the accommodation there ensured a standard of living which was adequate for the health of the Claimants. Insofar as the Defendant considered that the accommodation was adequate for their needs, that view was irrational. The Defendant’s proposition has to be that she met the minimum standards of the [Directive] and reached a rational view that the Barracks were adequate despite the Claimants’ heightened vulnerability as asylum seekers which subsequently led to them being transferred out, despite the fact that the Barracks were reminiscent of a detention centre, despite the living conditions, which were basic at best, and the number of others who were to be resident there, despite the fact that they were likely to stay there for months, and despite the fact that they would be running risks of Covid-19 infection and death or injury from fire which the [public health and fire safety authorities] respectively regarded as unacceptable. That is not a proposition which I can accept.

The judge expressly declined to rule that the barracks could never be used to accommodate asylum seekers, though.

I have not been given a sufficiently reliable evidential basis to form firm views about the present position or to address hypothetical cases in which, say, small numbers were accommodated for short periods, having been carefully screened, and in which Covid and other risks were managed to the satisfaction of the relevant bodies.

He did however uphold the second ground of challenge, to the criteria for picking who lives in the barracks and who is too vulnerable to handle it. The system was unlawful for breach of the Home Office’s “Tameside duty” to seek out basic information to inform its decision-making:

… throughout the time that the Claimants were living at the Barracks there appears to have been barely anyone on site, not even the nurse, who was aware of the suitability assessment criteria and the possibility of referrals to the Home Office Safeguarding Team, let alone trained in the application of the criteria or to identify cases where the person was not suitable…

These are not the hallmarks of a Tameside compliant, rational, system to ensure that the Defendant was reasonably well informed as to the suitability or otherwise of the Barracks to accommodate a given asylum seeker, whether at the point of allocation or on a continuing basis.

A third argument also succeeded. Residents were effectively locked in Napier from 15 January to 26 February following the COVID-19 outbreak. This amounted to false imprisonment at common law and a breach of Article 5 of the European Convention on Human Rights.

The future of Napier

What now? The judge’s decision was based on conditions at the camp in late 2020 and early 2021, rather than right now. The Home Office says that there has been “significant improvement” in conditions since. Coincidentally or otherwise, this is the same phrase used by Linden J in his judgment about the future of the camp: “if the Barracks are to continue to be used there clearly need to be substantial improvements in the conditions there”. It seems likely that the Home Secretary will keep the camp going in some form or other, perhaps at reduced capacity.