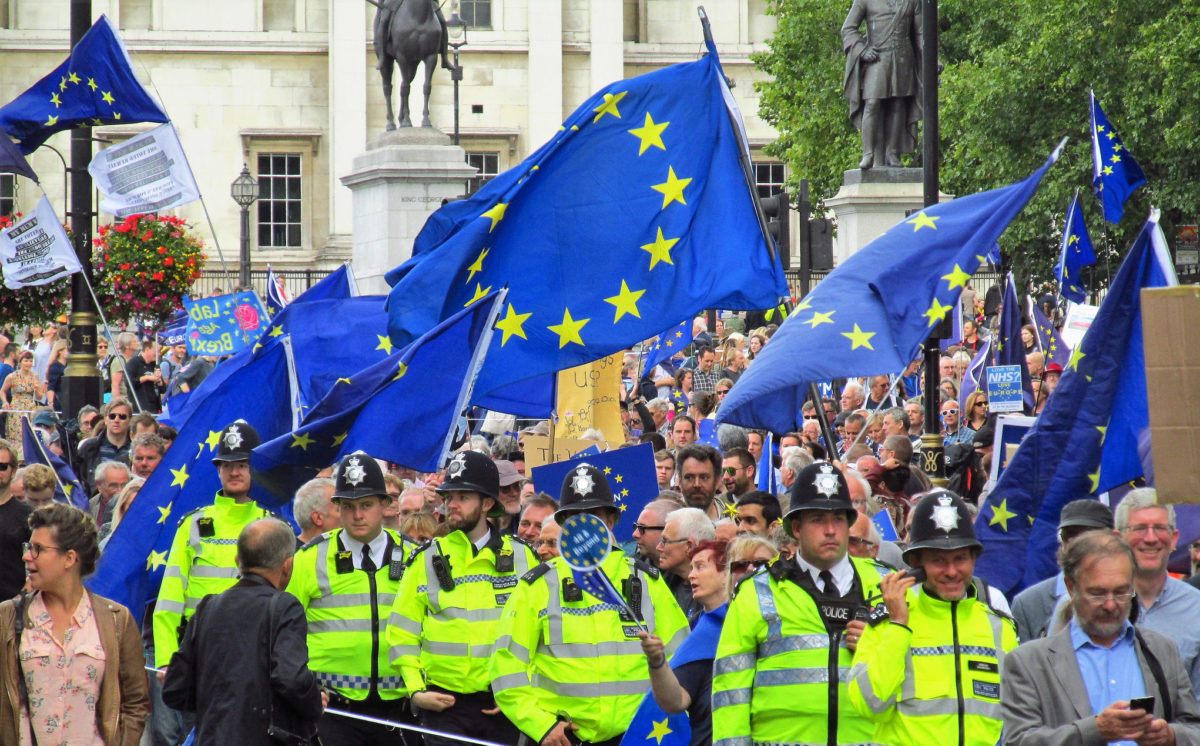 How EU citizens could automatically get residence rights after Brexit

The default position when EU law no longer applies in the UK is to render EU citizens unlawfully resident. The proposed “settled status” scheme has been designed to prevent this, but perhaps its defining characteristic when compared with the rights available under EU law is that it does not come automatically. People have to apply for settled status.

If EU citizens do not apply for settled status in time, they will become unlawfully resident. They will be subject to the full force of the hostile environment, meaning they will lose their jobs, their right to rent property, their bank accounts will be closed and they will be deprived of their driving licenses and their right to claim benefits. The Windrush generation, though in fact lawfully resident, will attest to the impact of these measures.

The Home Office has bent over backwards to assure EU citizens and those representing them that applications for settled status will be waved through on the nod. But even taking the government at its word, there are plenty of reasons why the intention to have pretty well all EU citizens set up with a new right of residence in the UK might run into practical problems. As the Migration Observatory at the University of Oxford has pointed out, if even a few percent of the relevant population slips through the net — by failing to apply or being turned down on application — the number of people without lawful immigration status “could run into the tens or even hundreds of thousands”.

To this not inconceivable problem there is a legal solution already in existence. Section 7 of the Immigration Act 1988 not only exempts EU citizens and their family members from UK immigration laws but also allows the conferring of leave on classes of persons, a potentially very useful power and one which sets a useful precedent for regularising whole groups by operation of law.

EU law operates at a supranational level above national law. This is well and good in theory, but any lawyer will know that a “right” needs to be enforceable on a practical level in order to be real and effective. It is therefore important that EU law is properly implemented by member states and incorporated into national law so that officials and members of the public alike know what the law is and make decisions with proper reference to it.

In the UK there are two main pieces of domestic legislation which implement in national law the EU rights of residence which originate in the treaties and in Directive 2004/38/EC. The best known of these is the Immigration (European Economic Area) Regulations 2016.

The other piece of legislation is less well known but arguably more fundamental: section 7 of the Immigration Act 1988.

Immigration Act 1988 exempts EU citizens from requirement to have leave

It is the relatively obscure section 7(1) of the Immigration Act 1988 which creates an exemption from many domestic UK immigration laws for EU citizens and their families. When Brexit occurs, unless some new legal provision is made, this subsection will become redundant, in the sense that it will cease to have any legal effect. Even if it remains unrepealed on the statute book, EU law will cease to have direct effect in the UK. As a result, EU citizens and their family members will suddenly require leave under the Immigration Act 1971 and will not have it.

Where a person requires leave but does not have it, that person becomes subject to the effects of the so-called “hostile environment” and may commit criminal offences, for example by working without the right to work (section 24B of the Immigration Act 1971 as amended).

Even though repeal is not strictly necessarily in pure legal terms, it is likely that section 7(1) will be repealed. Leaving the subsection place would be untidy and open to misinterpretation. Repeal of section 7(1) is assumed to be one of the main, perhaps the only, purpose of the proposed pre-Brexit Immigration Bill.

Subsections 7(2) and (3) of the Immigration Act 1988 are also worth looking at. They represent an example of a useful power currently possessed by the Secretary of State to grant leave to EU citizens and family members. They may be the legal basis on which EU citizens and family members are able to lawfully reside between the end of the Brexit transition period on 31 December 2020 and the deadline for settled status applications on 30 June 2021.

The full text of section 7 is as follows:

(1) A person shall not under the principal Act [the Immigration Act 1971] require leave to enter or remain in the United Kingdom in any case in which he is entitled to do so by virtue of an enforceable EU right or of any provision made under section 2(2) of the European Communities Act 1972 [e.g. the Immigration (European Economic Area) Regulations 2016].

(2) The Secretary of State may by order made by statutory instrument give leave to enter the United Kingdom for a limited period to any class of persons who are nationals of member States but who are not entitled to enter the United Kingdom as mentioned in subsection (1) above; and any such order may give leave subject to such conditions as may be imposed by the order.

(3) References in the principal Act to limited leave shall include references to leave given by an order under subsection (2) above and a person having leave by virtue of such an order shall be treated as having been given that leave by a notice given to him by an immigration officer within the period specified in paragraph 6(1) of Schedule 2 to that Act.

Section 7(2) permits the Secretary of State to give limited (meaning temporary) leave to enter to “any class of persons who are nationals of member States” if those persons do not already have an enforceable EU law right of residence.

The language of “giving” leave indicates that this would be automatic in nature: the intended recipient would not have to make an application but would have the leave conferred automatically on him or her by virtue of his or her membership of the relevant group.

For example, the class could be defined as “all EU citizens ordinarily resident in the United Kingdom but without an EU law right of residence” or “all economically inactive EU citizens present in the UK irrespective of whether they possess comprehensive sickness insurance.” The defining characteristics could be very broad or very narrow.

There are several problems with the extent of this power:

These shortcomings could be addressed by amending the section or replacing it with a new re-written equivalent power.

There is a clear precedent in subsections 7(2) and (3) for automatic conferring of leave on EU citizens. This power could be built upon or replaced with a wider but comparable power.

Adding such a power to the statute book, for example in the upcoming Immigration Bill, could enable:

The UK government is set on requiring EU citizens and family members to make a settled status application in order to regularise their immigration status after Brexit. This approach has been agreed with the EU negotiators. The Home Office is understandably keen to know how many EU citizens are resident in the UK and one can see that automatically conferring a right to live in the UK on unknown individuals by virtue of their membership of a defined class is not necessarily to “take back control” of immigration policy.

On the other hand, automatic conferring of the right to live and work in the UK is a continuation of the status quo. Requiring EU citizens and their family members to make an application is a fundamental change to their residence.

Retaining on the statute book a power to confer leave on EU citizens and their family members would be a sensible precautionary step to avoid the accidental creation of a potentially large number of unlawful residents.

Windrush and the problems caused by automatic status

There is another precedent for automatically maintaining existing rights of residence for those who arrived lawfully under a previous system of free movement: the treatment of Commonwealth citizens living in the UK on 1 January 1973.

This group of long-term residents have recently been referred to as the “Windrush generation” because they arrived in the UK in the post-war period when their citizenship status was the same as residents of the UK: we were all Citizens of the United Kingdom and Colonies. When the rights of some CUKCs to live in the UK were removed, the rights of those who were already resident in the UK were protected. This was done automatically by operation of law rather than by issuing documents or placing stamps in passports.

The consequences, all these years later, are that many who benefited from these continuing rights of residence struggled to prove they were eligible when forced to do so by the modern “hostile environment.”

The present government has made clear that free movement for EU citizens will end and that EU citizens will become subject to UK immigration laws. This policy choice means that all EU citizens currently resident in the UK must be granted a new status or they will be unlawfully resident. Policy makers are faced with a choice:

Ending free movement is going to have disastrous consequences for some existing lawful residents of our country. Either way, it is probably the same groups who will be affected: the vulnerable, the marginalised, the elderly and the young, the poorly educated, those who do not speak English, those who do not keep documents they never knew they might need.