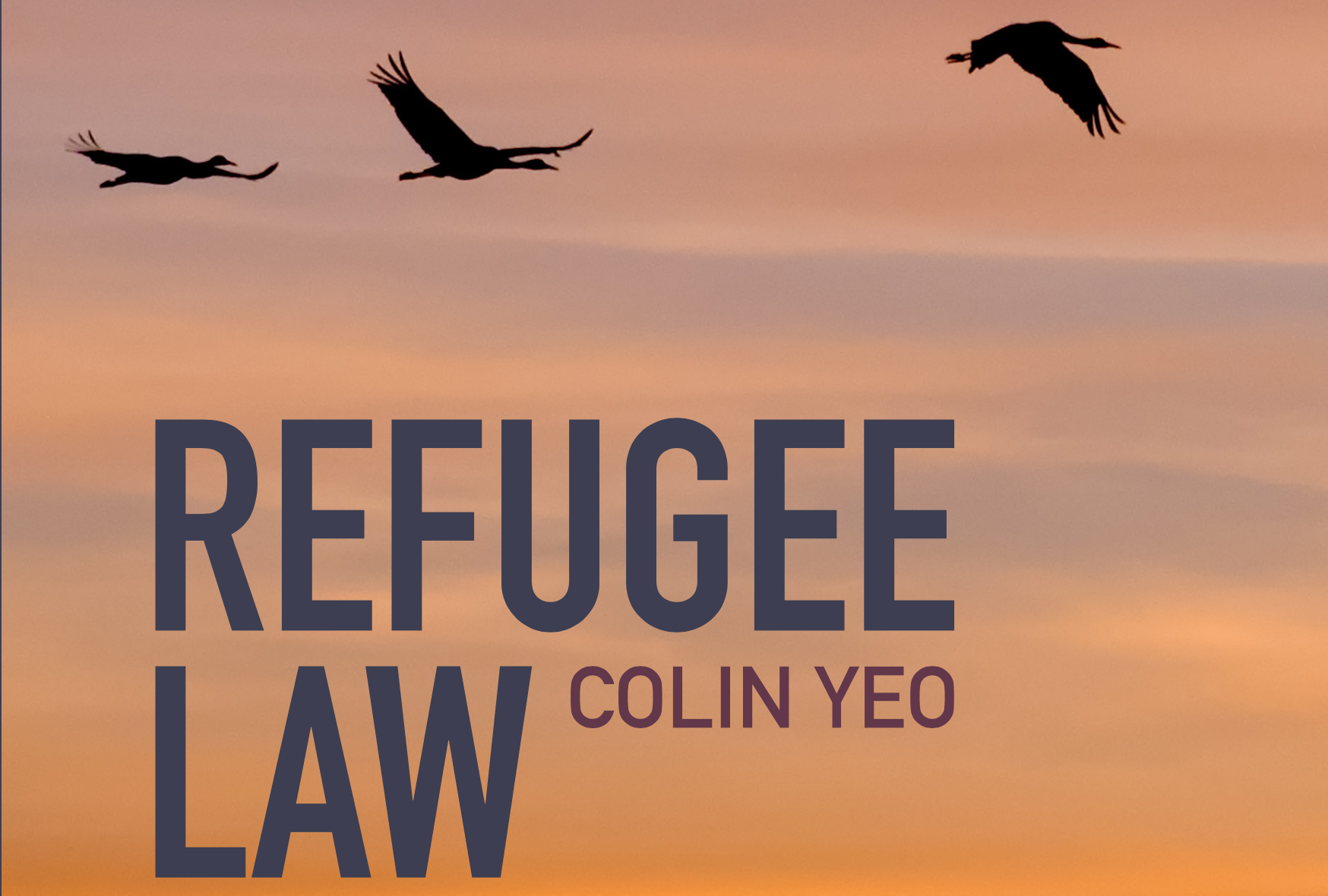 My textbook on refugee law, imaginatively entitled Refugee Law, is published today. It is aimed principally at undergraduate and graduate students on refugee law courses, or related courses where students need to learn about refugee law and the protection of refugees. It will also be useful to lawyers and advisers learning about refugee law. Material on human rights law, trafficking and statelessness is included but the main focus is on the meaning and interpretation of the 1951 Refugee Convention.

The book is — I hope — accessible, fairly concise and fairly comprehensive. There is of course a tension between being concise and comprehensive. It weighs in at 286 pages and about 120,000 words. It includes highlighted key cases, footnotes for all references and suggested further reading at the end of each chapter.

I certainly found the book very interesting to research and write and I hope it proves to be a useful contribution. I had some really helpful feedback from several people, who I have thanked in the preface, and the early reviews are very pleasing:

“Excellent! A clearly written analysis of refugee law, an accessible, highly readable account of refugee rights and who is entitled to protection, ending with some wise words on the future.”

“Digestible, yet thorough – Colin Yeo has produced the perfect introduction to asylum law in the UK.”

“This readable and expertly informed introduction to refugee law in the UK will be invaluable to students or to anyone who wants to understand this vital subject.”

You can read the contents pages, introduction and first three chapters for free on the Bristol University Press website to get a feel for what the text is like. That covers the history and context of refugee law, the international legal framework, the concept of well-founded fear and the meaning of “being persecuted”. Arguably the best bits, in fact! Although I’m also pleased with the later chapter using the United Kingdom as an example of state practice on refugee status determination.

There is a UK focus to the book. The highlighted key cases are mainly UK cases, for example. I am, after all, a UK lawyer. Nevertheless, I have endeavoured to make the book international in scope, reflecting the international nature of refugee law. References to case law are deliberately restricted mainly to decisions from the supreme courts of various English-speaking jurisdictions, with a handful of lower court decisions also included.

I confidently told the publishers in my initial pitch that refugee law moves very slowly so updates will rarely be needed. That was before the Nationality and Borders Bill and the recent offshoring deal with Rwanda reared their ugly heads. Personally, I doubt that either will really make any significant structural difference to the treatment of refugees in the short or long term. In the chapter addressing the UK asylum system I argue that the basic structure of the refugee status determination process and the basic experience of the refugee have, with some exceptions, remained broadly consistent since reforms in the late 1990s and early 2000s.

In any event, both the Bill and the offshoring concept are addressed, or at least mentioned, in a very broad-brush kind of way. The split standard of proof is already in place in the United States, for example. The state practice of offshoring refugees is addressed in Chapter 8 on refugee status determination and the legal issues flowing from Articles 31, 32 and 33 of the Convention (on penalisation, expulsion and refoulement respectively) are addressed more fully in Chapter 7 on the rights of refugees.

The book concludes by looking at the Global Compact on Refugees and the Global Compact for Safe, Orderly and Regular Migration of 2018 and the issue of climate displacement and refugee law. It is published by Bristol University Press and the paperback costs £28.99.