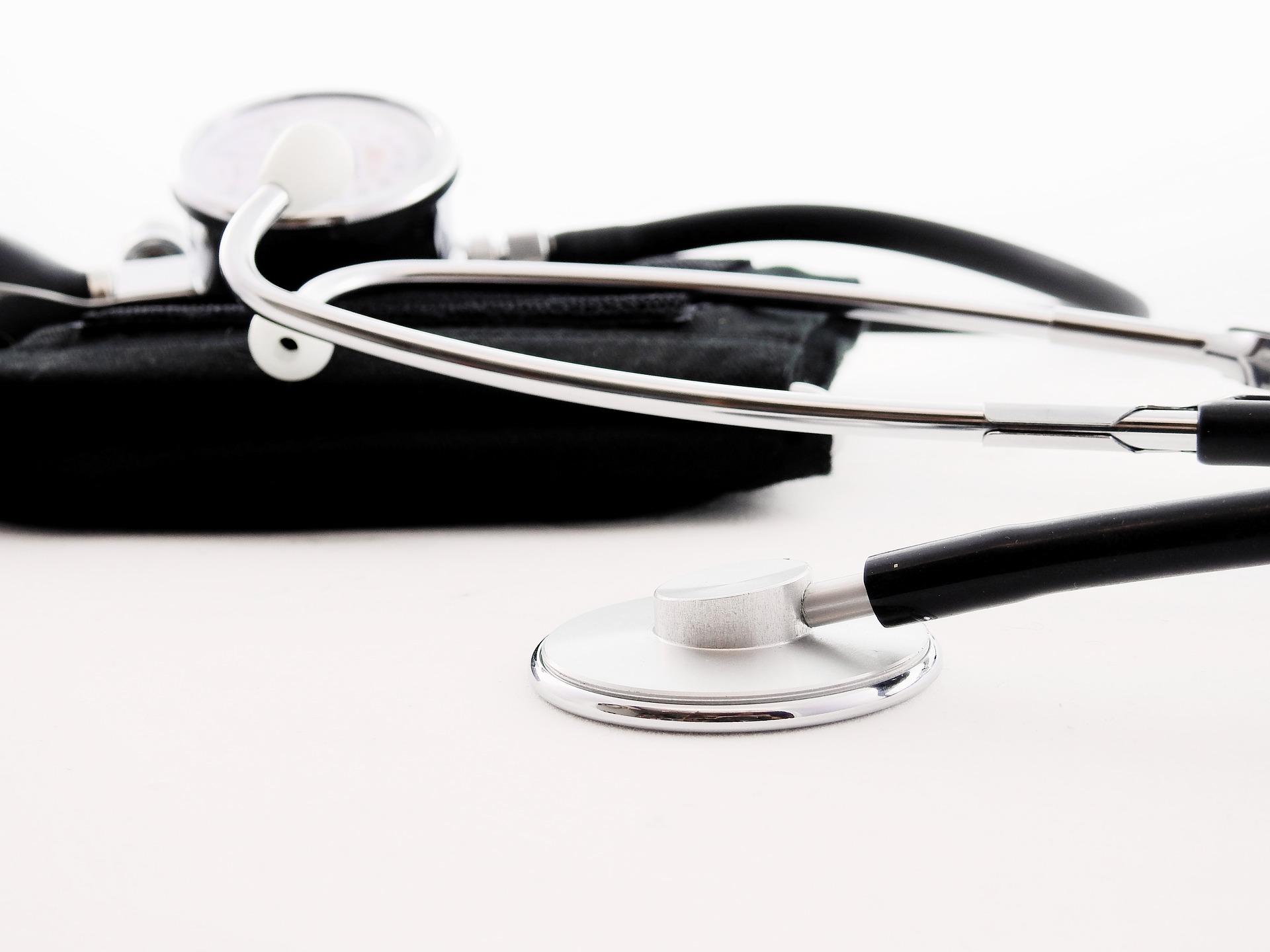 Mark Henderson, Rowena Moffatt and Alison Pickup have produced an update of the seminal Best Practice Guide to Asylum and Human Rights Appeals and (bless them) made it available online through the Electronic Immigration Network. As a dumb medic, I cannot pretend to have any useful opinion about most of it. But I do feel competent to express a view on the section on expert evidence, particularly chapter 26 (medical reports). It is a superb explanation of the processes and challenges involved in instructing a medico-legal expert and how best to use the report.

I have not read any other single source which so helpfully lays out the legal framework for medical evidence relating to human rights abuses and recommend it to lots of colleagues looking to understand the legal world (which is often arcane to us).

Medical experts and the law

Medicine and law are both venerable professions which guard, as scrupulously as they can, their independence and autonomy. Attacks on that independence play a significant part in recent culture wars, as lawyers who use this site must be all too aware. In medicine we had our own taste of this early on in the form of the worst parts of Alan Milburn’s response to ex-doctor and mass murderer, Harold Shipman. And a fairly direct line can be drawn between those events and the verdict of the General Medical Council in the case of Dr Bawa-Garba, which was eventually found to be unreasonable by the Court of Appeal.

Law and medicine are, in many ways otherwise, two very different cultures capable of substantial and counter-productive mutual misunderstandings. Both trade in evidence, but the approaches taken to evidence by lawyers and doctors are remarkably different. The law is binary: guilty/not guilty, proven/not proven, and in our jurisdiction well-founded/not well founded (to the applicable standard of proof). Decisions taken in medicine must take account of a messy reality encompassing near-infinite shades of grey.  This is just one of several sources of miscommunication and incomprehension between the doctors who write medico-legal reports and the lawyers who instruct them.

Henderson’s Best Practice is a major contribution to resolving those chasms of understanding. From the clinical side, the best response might be to provide a medical supplement to Henderson to assist lawyers in comprehending how medical perspectives impact on our ability to respond effectively to their instructions. For example, prior medical notes can be of extraordinary importance and value in the forensic assessment of a patient’s physical injuries and psychological state.

Crucial role of past medical notes

Some examples from a personal casebook may be illustrative.

An eminent colleague was instructed via a highly respected NGO to examine a British man who was attempting to persuade the Foreign Office to take action against the Middle Eastern state where he had been imprisoned and where (he alleged) he had been tortured.

As a pro bono adviser to the Foreign Office I was then instructed to review the evidence, to assure officials that my colleague’s medico-legal report, which was strongly supportive of the appellant’s account, demonstrated compelling evidence in support of the allegation. Unsurprisingly, it did.

As part of their response, the authorities of the state in question provided a medical report from a local doctor (claiming forensic expertise) which purported to be evidence that physical torture not occurred. Specifically, the locally instructed doctor alleged that his own thorough forensic examination had produced no evidence of any physical injuries whatever. This contradicted witness evidence of marks on the man’s body from Foreign Office staff who had earlier visited him in custody.

In this case I had the advantage of the patient’s old NHS medical notes, which had not been available to my colleague. Here the GP records included reference to an old laceration of the leg which had left a still-visible scar. The absence of mention of this lesion from the defence report was sufficiently strong evidence to, at best, cast doubts upon its thoroughness. The NHS notes reassured the British authorities of the strength of the case and the plausibility of the findings in my colleague’s medico-legal report.

I am advised that in the 1998 case of Assenov and Others v Bulgaria (90/1997/874/1086), the European Court of Human Rights concluded that a violation of Article 3 had occurred, not from ill-treatment per se, but from a failure to carry out an effective official investigation on the allegation of ill-treatment (Istanbul Protocol paragraph 38). In other words, the denial of physical evidence of injury is insufficient to rebut a violation of Article 3 where evidence exists to establish that the scars were present whilst in custody.

Similar events occur regularly in relation to legal applications for release from detention in the UK and any subsequent unlawful detention claim.

In one case among many, examination of a patient in an immigration removal centre revealed some 37 scars consistent with, highly consistent with or typical of torture, including cigarette burns on the back. The rule 35 report had mentioned a single laceration scar on the face and it was apparent that a competent examination had not been carried out.

Evidence on that point was instrumental in securing his release from detention and was subsequently used to support the claim for asylum.

Many patients referred for medico-legal reports in immigration and asylum cases are suffering from post-traumatic stress disorder, depression and/or other mental illness, which are often highly consistent with past histories of violence and abuse. GP notes frequently contain independent historical evidence in the form of short psychometric tests — such as Patient Health Questionnaire [PHQ9] and General Anxiety Disorder Questionnaire [GAD7] — which can support current findings.

On the other hand, the fact that a patient has not received medical assistance (or has only done so belatedly) is not evidence that they are not suffering from a medical condition resulting from past adverse experiences, although this is sometimes held by Home Office caseworkers and immigration judges to be so.

Doctors have been criticised in court for failing to consider relevant documents to which they had, or should have had, access. In the Upper Tribunal case of RM [2014] UKAITUR AA075432013, the Home Office appealed on the ground (among others) that the original immigration judge had failed to resolve a conflict between the medical records and a psychiatric medico-legal report and that too much weight was attached to said report. Interestingly, the Home Office now proposes to require independent doctors preparing medico-legal reports about fitness for detention to have obtained and read medical notes from detention centres.

Colleagues and I have recently been instructed in an increasing number of cases of people with serious illness or disability who are facing removal where the key issues at stake turn on the medical consequences of their involuntary departure from the UK. These include elderly men and women with cancer, dementia, and bed-bound after strokes, many of whom are totally dependent for care on family members in the UK.

In such cases their complete medical notes are critical to the questions of how their medical needs are being met in the UK, what they would need after arrival in the country to which they are to be removed, and the probable medical consequences if these needs were not met. This then provides the context for country expert evidence about the availability or otherwise of those requirements in the country of return.

In another memorable case seen in detention, the man had been documented by an internationally famous neurosurgical unit to require a complex medical implant to alleviate a very painful condition. This evidence, taken together with a statement from Médecins Sans Frontières that no suitable facility or device existed in the country of proposed return, led to a grant of humanitarian protection.

To summarise: in many cases medical notes may contain evidence which can be critical to the case when instructing a medical expert. It is important to try to ensure that the expert has access to any previous medical notes and, where best endeavours have failed to provide the notes, to make that clear. At a minimum this allows the clinician to demonstrate that they have been thorough, adding weight to their opinions.

On 5 August 2021 the Home Office published its policy on Medical evidence in asylum claims. This document merges previous instructions on Medico-legal Reports from the Helen Bamber Foundation and Medical Foundation Medico Legal Report Service and Medical Evidence (non-Medical Foundation Cases). It makes clear that care and treatment can be provided by an appropriate NHS service as well as organisations such as Freedom from Torture or the Helen Bamber Foundation. The guidance also explains that

Medical evidence may be submitted from a range of sources and in different forms, from appointment slips to MLRs. Printouts of medical records or appointment slips may be sufficient to establish the existence of a condition and you must take into account the lower standard of proof in assessing asylum claims.

Whilst it is encouraging that a plurality of sources of medical evidence can be submitted, the guidance is silent on the interpretation of such material.  Well-prepared medico-legal reports will continue to be a means by which all medical evidence is correlated and explained. 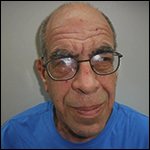