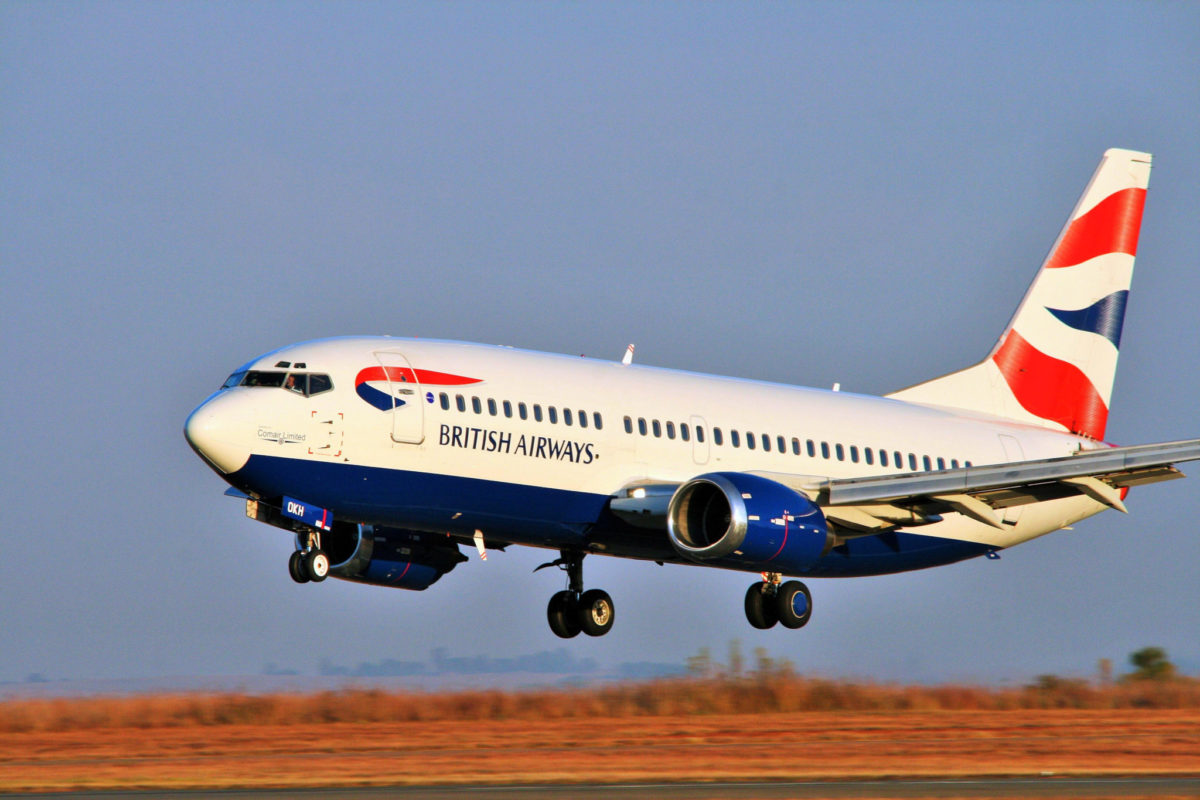 Last night a deportation flight took off for Jamaica, despite the protests of MPs and a last minute injunction that saw some removed from the plane. Many of the Jamaican citizens involved grew up in the UK — such as the man who has been here since the age of 11 and has a baby daughter in this country.

They are not alone: we recently covered the long-running deportation case of Remi Akinyemi, who was born in the United Kingdom in June 1983. Had he been born a few months earlier, in 1982, he would have been a British citizen. The Home Office has been trying to deport him to Nigeria since 2014.

How is it that we are regularly deporting people who are, for all intents and purposes, British?

The law wasn’t always like this. It was changes in 2007, 2012 and 2014 that lead to even those born in the UK or brought here as children being exiled to countries they do not know.

Deportation law was until 2006 fairly flexible. It gave huge discretion to the Home Secretary and it was generally serious criminals with weak connections to the UK who were deported. That changed for short-term political reasons.

On 25 April 2006, then Home Secretary Charles Clarke publicly admitted that the Home Office had failed to consider the deportation of over 1,000 foreign criminals who were coming to the end of their sentence, that some had re-offended after their release and that the Home Office had lost track of most of those released. Even very serious criminals who had committed awful crimes and served long sentences were being released into the community without any consideration of whether they could or should be deported. Clarke was, after some initial prevarication, sacked on 5 May 2006.

The scandal that cost Clarke his job was caused by administrative failings at the Home Office. It wasn’t deportation law that was at fault.

But to shift the blame, Prime Minister Tony Blair pledged to change the law even though the law was not the problem. The UK Borders Act 2007 introduced “automatic” deportation for any foreign national criminal sentenced to more than 12 months. The main exception was if human rights would be breached.

Judges allowed some cases on human rights grounds where the criminal had close connections to the UK. Theresa May didn’t like this, lied about cats being enough to prevent someone’s deportation, and changed the rules in 2012 to introduce very narrow exceptions.

For good measure she then put these narrow exceptions into the Immigration Act 2014. Deportation law now look like this: 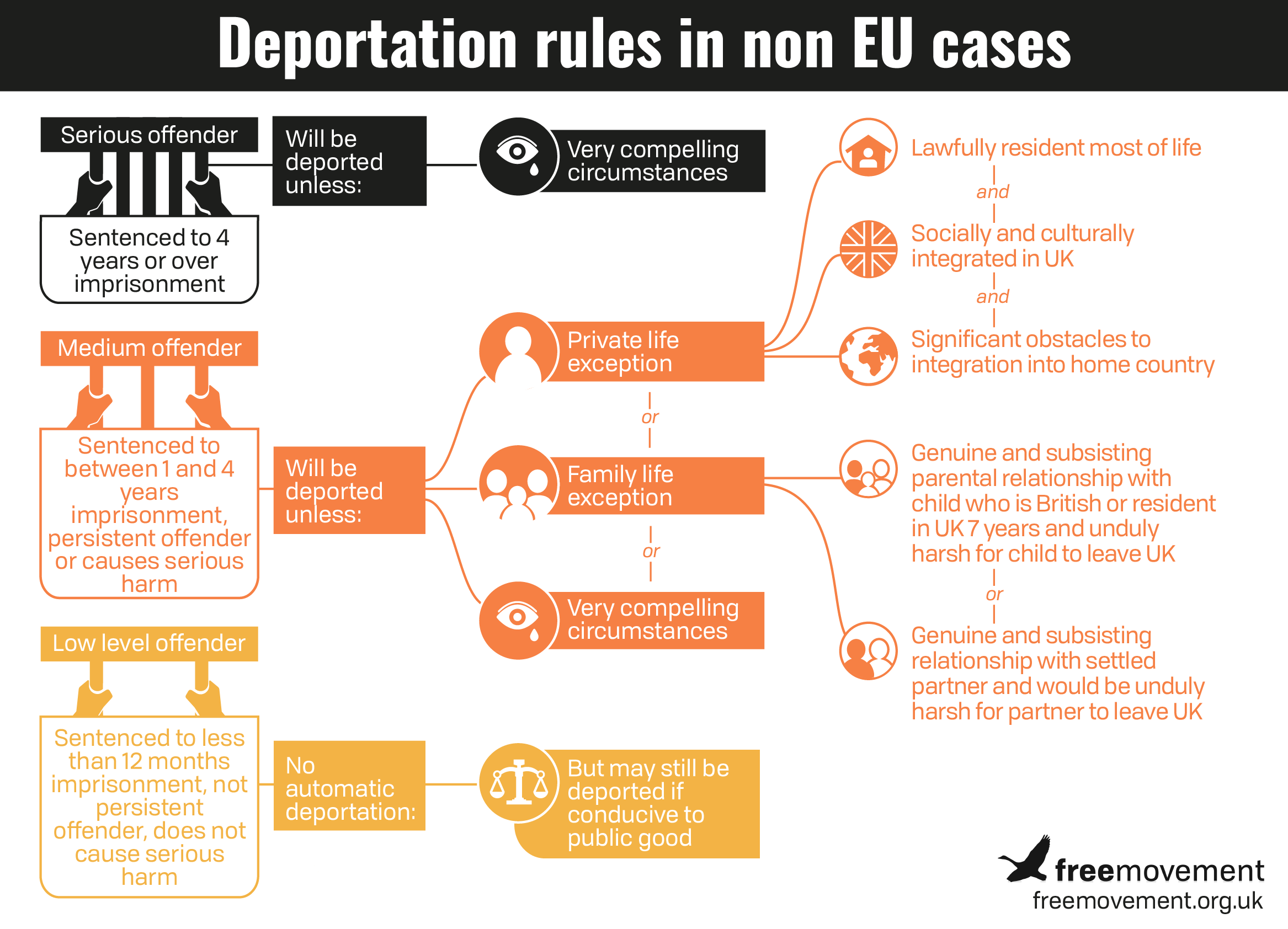 This three-level categorisation of serious offending, medium offending and lower level offending, with different exceptions at each level, is arguably sensible. The way the exceptions are interpreted by the Home Office and courts makes them all but impossible to satisfy, though.

For instance, one exception to deportation for medium level offenders applies if the person has been lawfully resident most of his or her life, AND is socially and culturally integrated into the UK, AND there are significant obstacles to the person integrating into the country of return. In practice almost no person facing deportation can meet the cumulative combination of these tests.

The problem with narrowly defined exceptions is that life is full of variety. It eliminates common sense and simple humanity from decision making. That leads to absurdly harsh results and the exile of mainly black and minority ethnic people who are functionally British.

Deportation law wasn’t always like this. The law can be and must be changed again. It is time to scrap automatic deportation and bring back some humanity into the decision-making process.

IT IS ORDERED THAT:

1. Until further order the Defendant [Home Office] shall not remove any individual scheduled for removal on a charter flight to Jamaica due to leave the UK at or about 6.30am on 11 February 2020 from the UK via IRC Colnbrooke and/Harmondsworth unless satisfied that the individual in question had access to a functioning non-02 Sim card on or before 3 February 2020.

1. The defendant’s own policy provides that “detainees being removed by charter flight subject to special arrangements must be given a minimum of five working days’ notice of removal so that he or she may seek legal advice”.

2. Given the difficulties in relation to the O2 mast outage since early January, the defendant has recognised the need to secure access to such legal advice and assistance through the provision of non-O2 Sim cards. However the defendant’s evidence suggests that EE Sim cards to access legal advice and assistance were only provided to those scheduled for removal at 6.30am tomorrow from and after 2.52pm on 5 February, with the last recorded entry at 7.15pm on 6 February 2020.

4. In the circumstances I am satisfied that the claimant has made out a clearly arguable case and that the balance of convenience weighs in favour of temporary relief pending a return hearing.