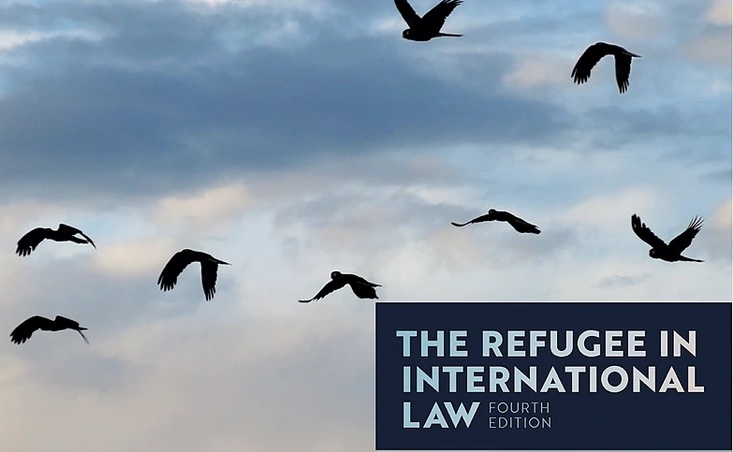 Book review: The Refugee in International Law by Goodwin-Gill and McAdam (4th edition)

The first edition of The Refugee in International Law, written by Guy Goodwin-Gill, was published in 1983 and is considered the birth of modern refugee law. For the third edition in 2007 Goodwin-Gill was joined by Jane McAdam as co-author. The fourth edition has just been published and Goodwin-Gill and McAdam were this time also assisted with the updating by Emma Dunlop.

The book is still one of the two principal general texts on international refugee law, the other being Hathaway and Foster’s The Law of Refugee Status, last published in a second edition in 2014. Both books have been referenced extensively in reported cases around the world and both can claim to have shaped the law as much as describing it.

This new, fourth edition of The Refugee in International Law looks at first glance similar to the third. The third ran to 786 pages and so does the fourth. It is a slightly larger format, though; the font size or clarity seems to have increased slightly; and, somehow, several substantial new sections have been added.

The previous chapter on non-refoulement has been split in two, for example, and the chapter on human rights non-refoulement re-conceived as covering human rights protection generally. Material on jurisdiction and refugee rescue has been added. There is a new and very good chapter on climate migration, as one might expect given that McAdam literally wrote the book on climate migration back in 2012. The book now ends with a new chapter specifically addressing nationality, statelessness and protection.

Elsewhere, the Global Compacts for migration and on refugees are covered and up-to-date analysis and references to Article 1D and Palestinian refugees are included.

The book is too substantial and too much of a reference text for me to attempt a comprehensive review. If I have a criticism, it is that I find the structure of the book a little confusing at times and that has not changed in this edition: I often resort to the index rather than contents pages to work out where key issues might be addressed. Happily, the index seems well put together (which is not always the case) and I always get there in the end.

In short, if you want to know about the latest developments in international refugee law, this is now your go-to. For a 30% discount on the book, use code ALAUTHC4. That brings the cost down to just £40 for the paperback directly from OUP here in the UK.

Finally, I leave you with a video from the launch event a couple of weeks ago: